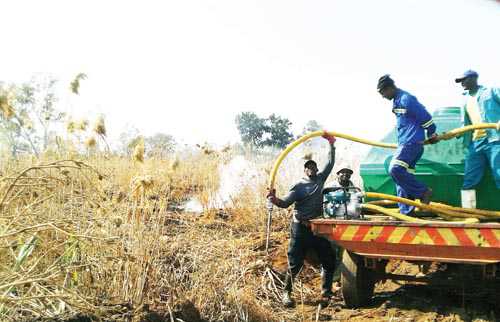 The power to change the future of the North West, lies in the hands of vote who government must fear and respect and we believe in an accountable, responsive government that is fair, that promotes freedom and that opens opportunities to all people.

It can therefore never be accepted that Premier Supra Mahumapelo has just given the top job in the province - the Director-General (DG) of the provincial government - to an individual who the Hawks and the National Prosecuting Authority (NPA) are pursuing for fraud and corruption of R250-million. It is a crime against our people who struggle every day to get ahead, that Mahumapelo chooses to give jobs to “R250-million corruption suspects.”

The new DG, Lydia Sebego, will now receive a salary package In the region of R1,5-million per annum, despite being deeply compromised by a forensic audit.

We will challenge this appointment. In the North West, we see jobs for pals, jobs for friends, jobs for family, but we see the tragedy of unemployment for everyone else.

It can never be accepted that he (Mahumapelo) runs this province like his own private spaza shop.

It is high-time too that Mahumapelo admits that municipal governance in the North West is in crisis, and is not being turned around. Seven municipalities cannot function at all on their own and are under provincial intervention.

Mahumapelo is also covering up the outcomes of the Special Investigating Unit’s reports into all North West Municipalities, which were initiated by Proclamation R27 of 2009. To date, Mahumapelo, like previous NW Premiers, has hidden the outcomes and not a single report has been made public in the North West Legislature. What does Mahumapelo have to hide?

Corruption Watch has been granted leave to intervene as amicus curiae in Hlaudi Motsoeneng/Democratic Alliance & Others (SCA Case No. 393/15), a matter which is on appeal and which will involve a determination of the nature and status of the Public Protector remedial directions.

Over the past year the lack of respect shown to the office of the Public Protector by the executive and members of the legislature and their response to her findings in a number of important investigations make it imperative that the Courts determine her powers.

It is in order to assist in resolving this key question that we have been granted the right to participate in this matter as a friend of the court.

We intend to use this opportunity to persuade the court that the Public Protector’s remedial directions are indeed binding, subject to judicial review.