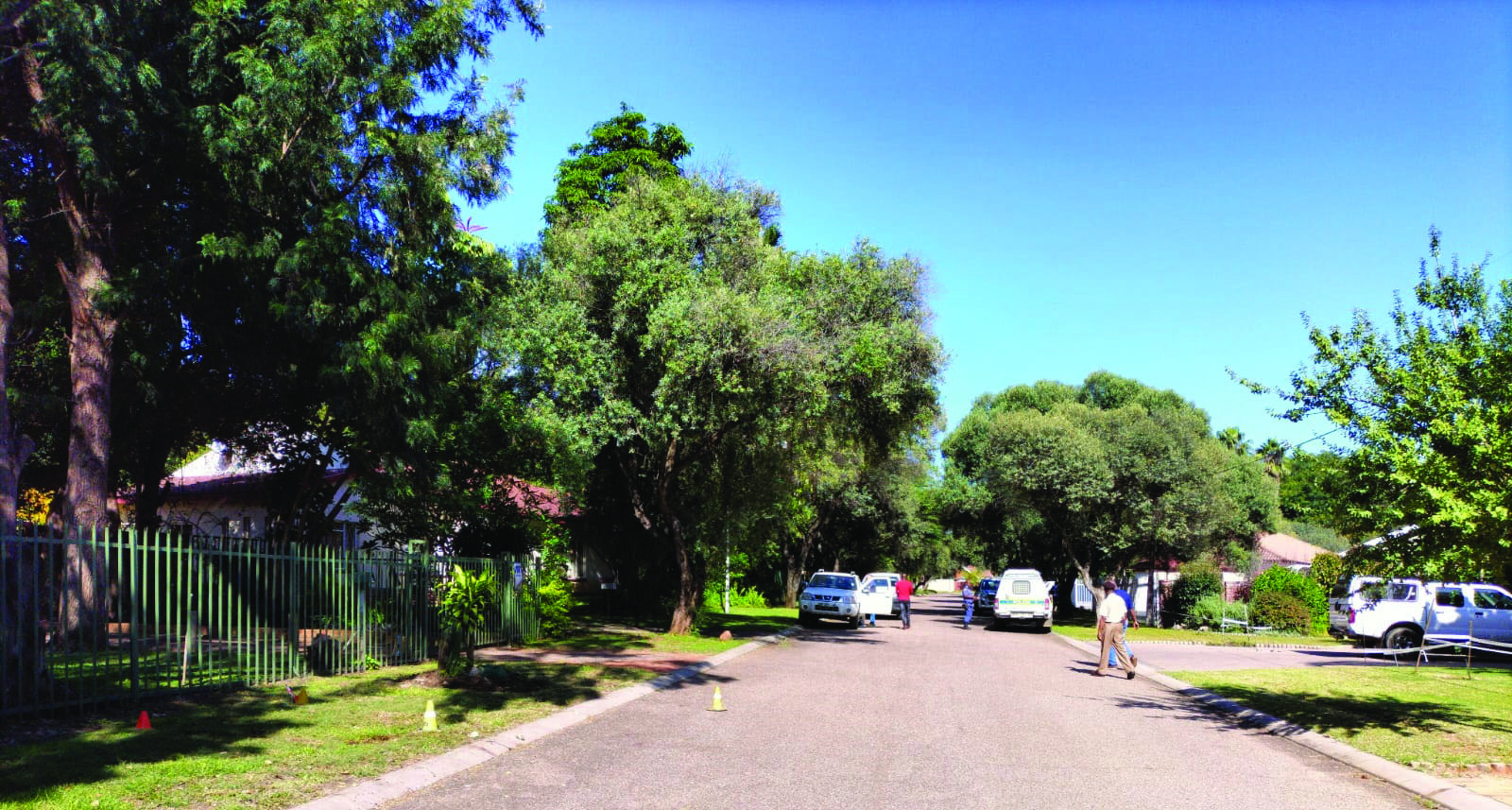 BRITS POS – BRITS - An alleged robber gained access to a premises in Voëltjiedorp, Brits in the early hours of Friday morning, 22 April 2022.

According to information received the suspect jumped over the perimeter wall and gathered all the garden tools he could lay his hands on and while busy placing them on the wall, he triggered the movement beam which set off the security alarm. The owner, Frikkie Nagel approached the suspect who then slashed the owner’s left hand with a panga and took off with Nagel in pursuit. In the street another altercation ensued and Nagel fired shots at the suspect. The suspect passed away on the scene and Nagel sustained serious injuries and was taken to MediClinic Brits and had to undergo emergency surgery.
The deceased is allegedly a Zimbabwean citizen, illegally in South Africa. He also had two pending cases at SAPS Marikana and three for housebreaking at SAPS Brits. An inquest docket has been registered for investigation. At our going to press Nagel’s wife, Sonata, told Brits Pos that Nagel is at home recovering and busy with occupational therapy. They wish to thank Protego, MediClinic Brits, the community of Brits, PPS, MonitorNet and AfriForum for their wonderful assistance thus far.
(No feedback on the case had been received from the Brits Cluster SAPS spokesperson).