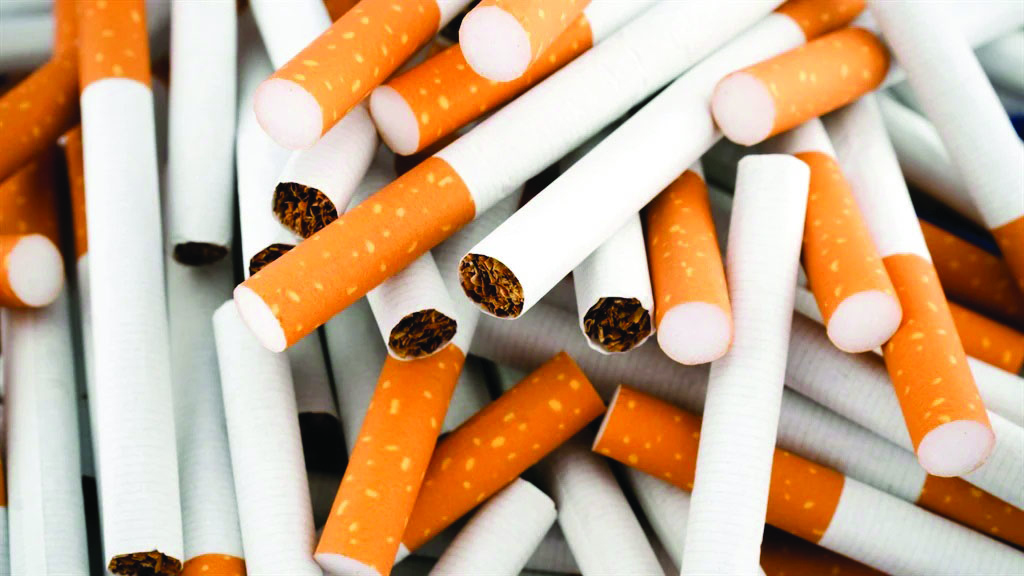 BRITS POS - BRITS - On this year’s World No Tobacco Day, May 31, the World Health Organisation has emphasised how tobacco in addition to being a health risk, also harms the environment and is a massive contributor to climate change.

Major facts pointing towards these challenges include that some 4.5 trillion butts are wrongly discharged into the environment every year; that cigarette butts are cellulose single use plastics and do not biodegrade and cigarette butts are found in the stomachs of dead seabirds and fish.
Also, about 300 billion empty cigarette boxes are dumped every year; 22 billion litres of water is used to make cigarettes every year and 600 million trees are chopped down every year to make cigarettes and 25 percent of world mortality is attributed to the environment.
Air pollution kills about 7 million people prematurely every year; 84 million tonnes of carbon dioxide (caused by tobacco) are released into the air every year, raising global temperatures. That’s more than some small and medium countries create.
There is a shortage of arable land with growing food shortages in developing countries. Nine out of ten countries where tobacco is grown are developing countries. Four of those are in debt crisis. Land used for growing a killer product like tobacco can be used to grow food. Alternative crops are also more viable and profitable.
Greenwashing tactics must be ignored
The tobacco industry employs greenwashing tactics to minimise the appearance of the harm that it causes.
The cellulose butts (single use plastics), promoted by the industry as ‘filters’, have no health benefits. The economic benefits accrue to the cigarette manufacturers because there is less tobacco in a cigarette with these damaging so-called ‘filters’.
It promotes the use of pocket ashtrays suggesting that this stops butts from being thrown away in parks, streets, sidewalks and on beaches. In fact, these personal ashtrays simply increase consumption, which of course benefits the industry but seriously increases the harm to smokers and trash in the environment.
The tobacco industry tries to evade responsibility by providing false solutions like small programs of planting trees and providing better weather forecasts for tobacco farmers. Do not believe the hype and tripe of the tobacco industry. The tobacco industry is uniquely dangerous.
Its products not only kill one in every two users prematurely, more than 8 million people in the world and over 40 000 in South Africa every year, but is also responsible for all the problems listed above.
Government must act now. The South African government must take whatever action is needed to protect our human rights and slow down the tobacco epidemic of harms to people, health and the environment by making sure that the Tobacco Bill is promulgated quickly.
The following things can be done and achieved now. We do not need the current Bill to reach these goals.
Government must act now to ban tobacco displays; Ban all indoor smoking; Control and limit all outdoor smoking and ban tobacco vending machines.
They must also introduce plain packaging with large graphic health warnings and messages and ban all flavourings in tobacco products, especially menthol, as an additive to all cigarettes.
We should impose a special tax on the industry for the litter it causes. We must stress and promote the cessation of smoking in all public places, both indoor and outdoor as a clear human rights matter.
We must promote the rapid introduction of the Smoke Free Generation programme as is happening in many countries.
We must introduce and drive the concept of the Tobacco End Game which is being adopted in other countries, states and cities
We urge all smokers not to smoke on World No Tobacco Day 31 May. Just for one day. Then repeat that action on the next day and every day thereafter. We urge all our children and youth to make the firm decision never to smoke. Not one puff. Be Smart. Don’t Start.