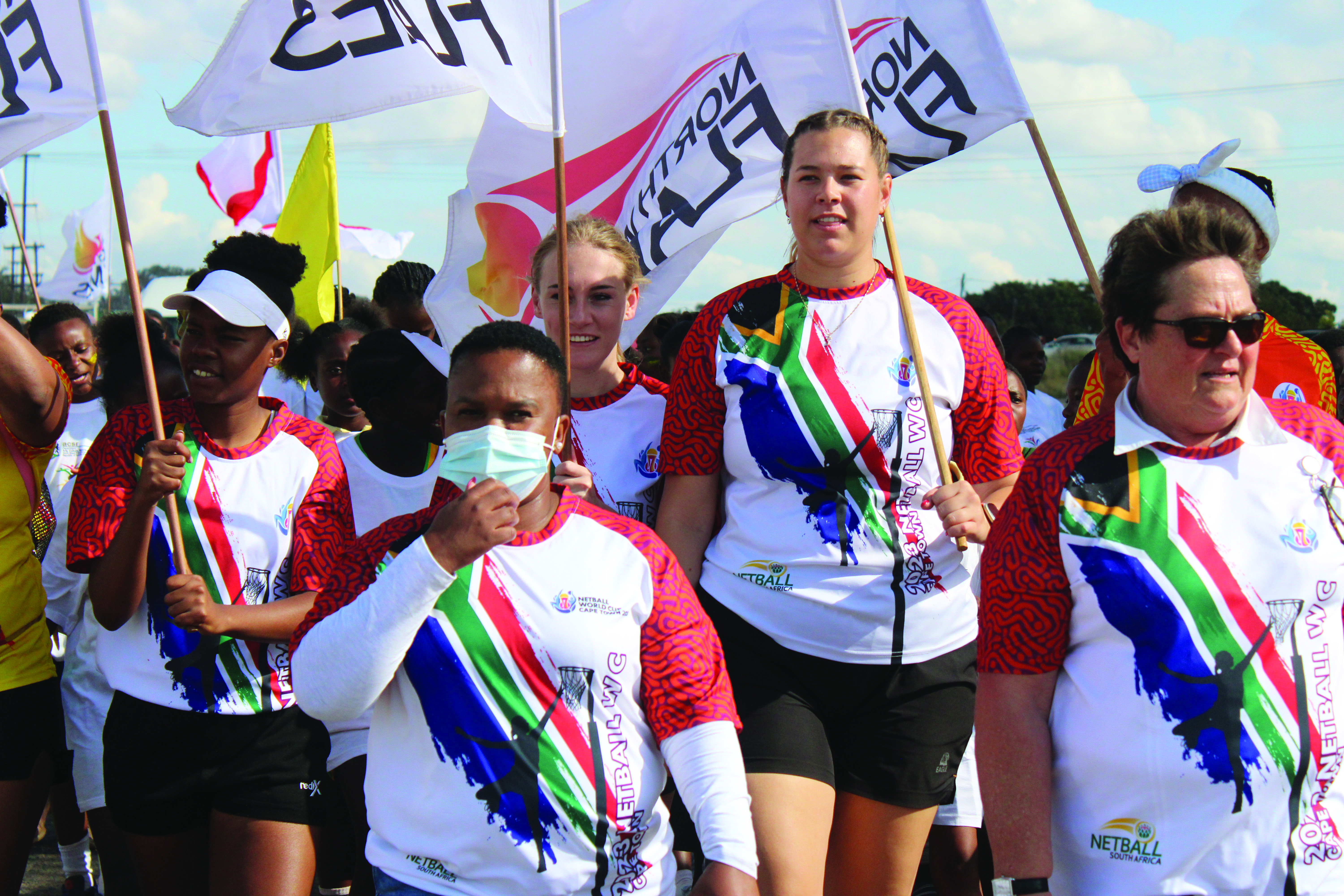 BRITS POS – BRITS – The Netball Friday mania in the North West reached a climax with the final leg of the launch held in Brits on Friday, 20 May.

The Bojanala event was the last in a launch series where the Department of Arts, Culture, Sports and Recreation (ACSR) partnered with Netball North West and the Provincial Sports Confederation.
Previous successful launches were held in Klerksdorp/Potchefstroom (Dr Kenneth Kaunda District), Bloemhof/Taung (Dr Ruth Mompati District) and Setlagole (Ngaka Modiri Molema District).
Netball Friday NW is part of the nation-wide support for the Protea netball teamside and popularizing the Netball World Cup to be hosted by South Africa in Cape Town mid-2023. SA will be the first on the continent to host the international sporting spectacle.
To create visibility and top-of-mind awareness of the Netball World Cup, people around the country are encouraged to wear their Netball Friday T-shirts every Friday, till the end of the World Cup next year - beke le beke (week after week).
The Brits event was attended by MEC for ACSR, Virginia Tlhapi and Netball North West President, Helene Botha. They both encouraged the youth to take up netball as a sport, and excel at it.
At the launch, senior netball players and coaches from around Bojanala held netball coaching clinics for young players from Kgwenyape Primary in Bapong. They later moved to Johane Mokolobetsi Primary (also in Bapong), where the formal programme was held.
To help popularise the Netball World Cup, clubs from Brits have each adopted one of the countries participating in the World Cup next year. For instance, Orbit College has adopted England as their netball country.
“Of course, the team to be backed by all in Cape Town will be the Proteas,” said ACSR spokesperson, Shuping Sebolecwe. “Let us remember that sport is a conduit through which we can reconcile nations and help enhance social cohesion,’’