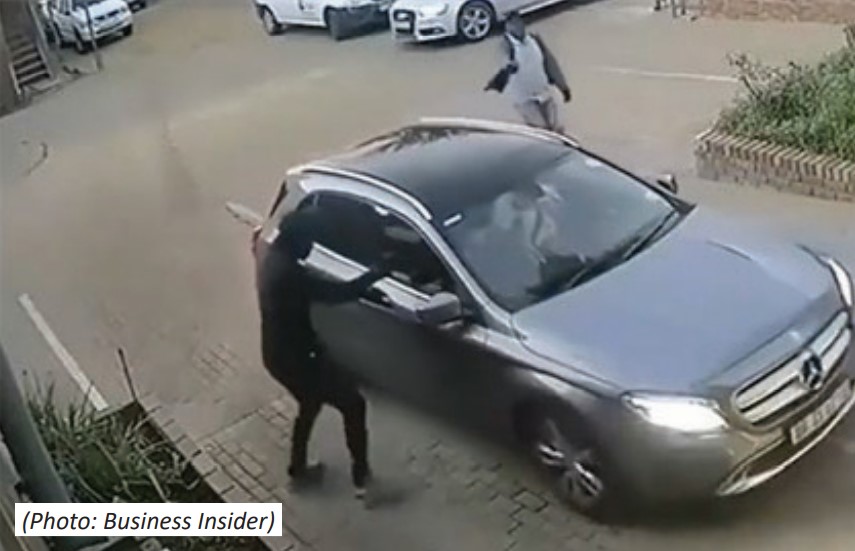 BRITS POS – BRITS - During the first three months of 2022, carjackings reported to South African police stations were up by 19.7%, an increase of 889 reports, when compared to the same time in 2021.

A total of 5,402 carjackings were recorded between January and March of this year, Gauteng witnessing the most incidents with 2,936 reports, followed by KwaZulu-Natal (KZN) with 876, and the Western Cape (WC) with 581. Reports of other vehicle-related crimes during 2022 were as follows: Theft of motor vehicle/motorcycle – 9,377 reports, up 1.5% Theft out of or from motor vehicle – 20,457 reports, up 1.7% Robbery of cash in transit – 53 reports, up 26.2% Truck hijacking – 465 reports, up 31.4% Drivers under the influence of alcohol/ drugs detected by police – 11,992 reports, up 39.7% These figures were revealed in the South African Police’s (SAPS) latest crime statistics presentation for the first quarter of 2022. According to Business Tech, Netstar reported that car remote jamming is still prevalent for criminals in South Africa, but they have started to develop more sophisticated methods such as using special equipment to establish a long-range link between a key fob and vehicle in order to target newer cars with keyless-entry functionality. Criminals are resorting to other, more aggressive measures, too, such as bumping a vehicle and when the victim gets out to inspect the damage they are hijacked, or pointing to a car to make the driver think they have a fl at tire or possibly another type of damage and when they roll down their window or get out of the car, they are hijacked. More reports of criminals posing as law enforcement and pulling over motorists under false pretences, only to then kidnap and hijack them and drop them off in a remote location after robbing them.