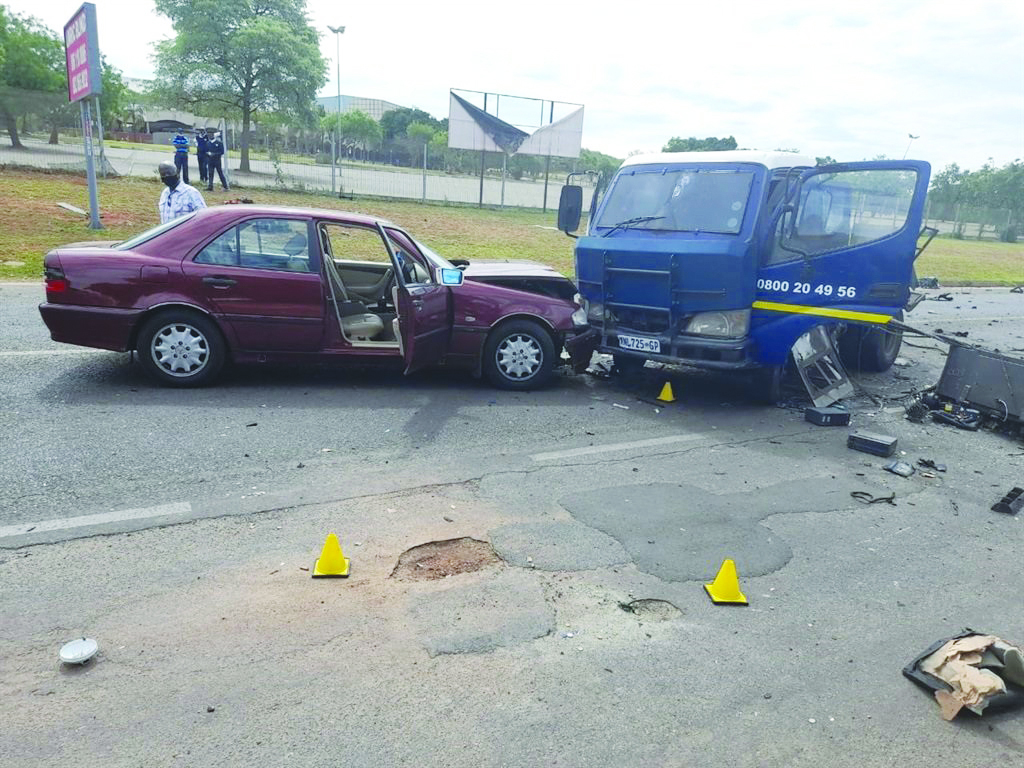 BONUS - RUSTENBURG – The police have launched a manhunt after a group of suspects bombed and robbed a cash-in-transit van on Sunday afternoon (21 November) in Rustenburg near the Rustenburg Civic Centre.

According Colonel Athlenda Mathe, National Police Spokesperson, the suspects used a stolen maroon Mercedes Benz to ram a cash van, forcing it to come to a standstill. Security guards were forced out of the vehicle which was then bombed. A shootout then ensued between the suspects and the occupants of the escort vehicle. Fortunately no injuries were reported during the incident. It was reported that the suspects fled the scene in different vehicles with an undisclosed amount of cash.
No arrests have been made so far however the police are urging members of the community to refrain from entering the crime scene as they will be charged with theft and defeating the ends of justice. This warning comes after some community members were recorded on video collecting money at the scene.
The police said they were studying the footage in more detail and would take action against those who were found breaking the law. Read more in this week's edition of the Rustenburg Herald for more information.