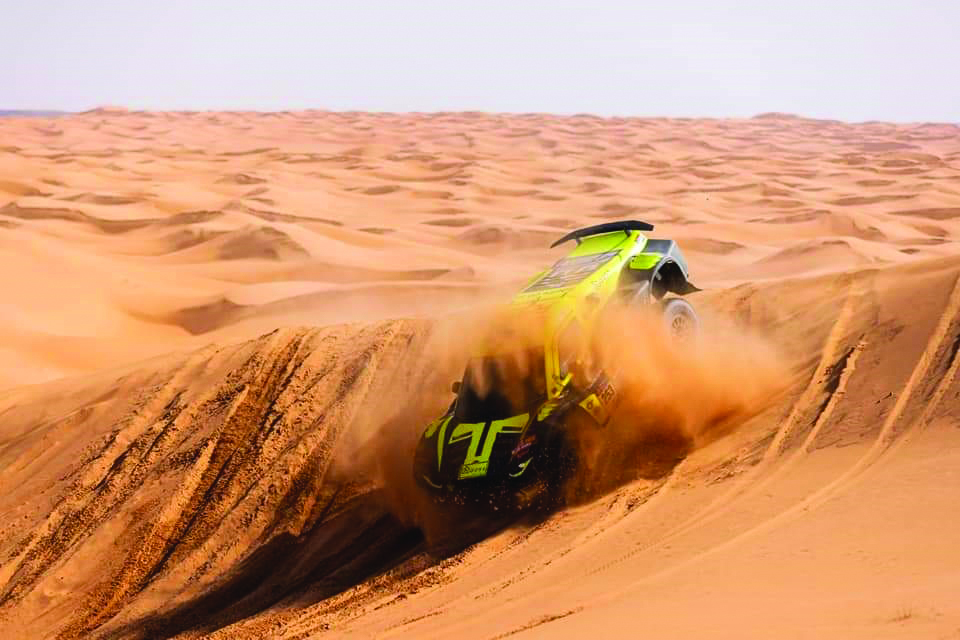 BONUS - RUSTENBURG - A record number of South African competitors took part in the 2022 Dakar Rally that started on 1 January in Jeddah in Saudi Arabia and finished almost 9 000 kilometres and two weeks later on 14 January back in Jeddah. The results proved that the local South African National Cross Country Series (SACCS) does not only provide the perfect platform for international participation, but the race vehicles manufactured in South Africa are on par with the best in the world.

South Africa is an influential player on the international scene and the SACCS is regarded as the most professional and competitive Cross Country series of its kind in the world. Various vehicle manufacturers, race vehicle constructors and competitors have excelled at the Dakar Rally, known as the toughest motorsport event in the world, for many years. In recent years, race cars have been designed and manufactured in SA for the Dakar Rally and international competition by Toyota Gazoo Racing SA, Century Racing, Red-Lined Motorsport, Neil Woolridge Motorsport and Ford as well as WCT Engineering.
This year, Toyota Gazoo Racing SA claimed its second Dakar Rally victory when Nasser Al-Attiya and Mathieu Baumel took their place on the top step of the podium after leading the race from start to finish. Toyota Gazoo Racing SA (TGRSA), under the experienced and professional guidance of team principal Glyn Hall, developed the new Toyota Hilux DKR T1+ that included changes like making use of a 3.5L V6 twin-turbo engine, bigger wheels and improved travel suspension and Al-Attiya/Baumel as well as three more SA teams, former Dakar Rally winner, Giniel de Villiers and Dennis Murphy; Henk Lategan/Brett Cummings and Shameer Variawa/Danie Stassen, all brought their new Hilux T1+ vehicles home safely.
Variawa/Stassen finished a credible 15th overall. It was Variawa’s second Dakar finish and a maiden finish for Stassen after an event where they improved their performance on a daily basis.
Another Midrand race car manufacturer, Century Racing, had no less than 10 locally built CR vehicles in the running of which four were occupied by South African teams. Team owner, Mark Corbett, had to withdraw just days before the event due to an injury and was replaced by multiple SA champion, Chris Visser with Rodney Burke as navigator.
The best performing SA team was Brian Baragwanath who tackled his second Dakar Rally in the vehicle category after participating twice in the quad category where he finished third in 2016.
Baragwanath and navigator, Leonard Cremer made sure the commentators knew about them early in the race when they posted the third fastest time in the opening stage. Their race had its ups and downs which included rolling their CR6 in the third stage and luckily landing on the wheels again. They overcame everything thrown at them to finish a well-earned 14th overall.
Visser, who tackled the Dakar Rally for the second time and after only having driven a CR6 for a few kilometres before the race, and navigator Burke kept it steady during the 4 200 racing kilometres. In stage eight they had a moment when they hit a dune head-on that caused some damage to their vehicle and cost them time. The team finished 29th in the overall standings.
Ernest Roberts/Henry Köhne also had an eventful first Dakar Rally that included rolling their CR6 twice. Their 39th place from 72 teams that made it to the finish, made the long days in the car and long hours for service crews worth it.
The Dakar Rally was also an all-new experience for Schalk Burger and Henk Janse van Vuren who eventually brought their CR6 home in 63rd place. A blown engine in the third stage saw them being towed to the finish by their service truck, but the team persevered and continued despite their time penalties.
Former motorcycle rider and lady navigator, Taye Perry, was the co-driver for five-time motorcycle winner, Cyril Despres, who has been competing in the cars and SSV category since 2015. Perry completed the Dakar Rally in 2020 in the motorcycle category and then navigated Baragwanath to their finish in 2021. The team competed with the Peugeot and finished 19th overall.