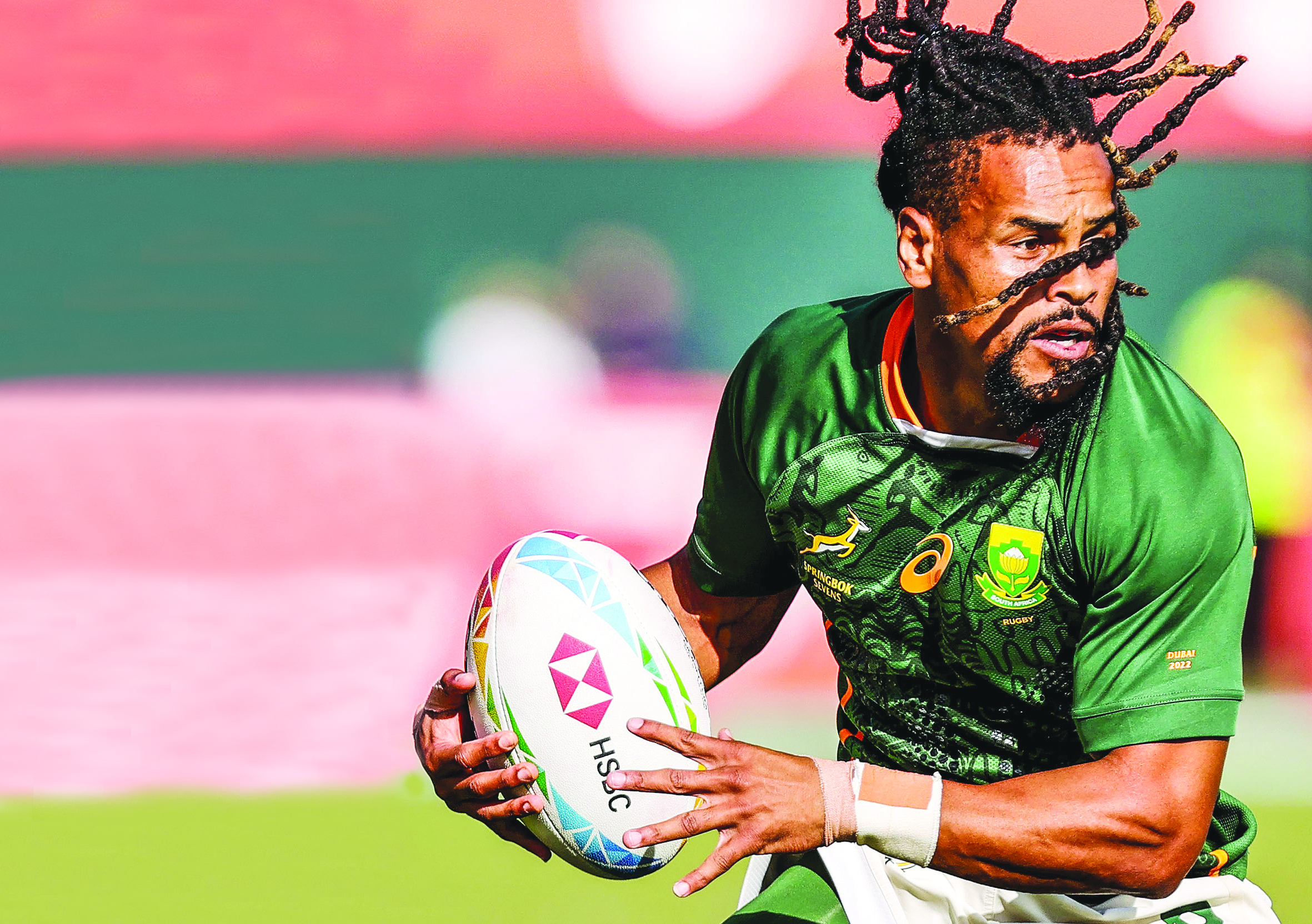 BONUS - RUSTENBURG - The Blitzboks won their sixth consecutive World Rugby Sevens Series tournament on Sunday night, beating Australia 33-7 in the Seville final. It is their fourth straight win of the 2021/22 season. Additionally, this is also the Blitzboks’ 34th successive win which puts them level with New Zealand for the second most wins in a row.

Christie Grobbelaar scored a brace of tries as the Blitzboks beat Australia to win the Cup final.
In a frenetic but nervy start, both sides made unforced errors. However, what counted in the Blitzboks’ favour was the fact that their miscues happened deep in Australia’s territory.
The physicality of the match immediately took its toll as Justin Geduld stayed down after a big collision. After an extended period of on-field medical treatment, Geduld was carried off the field and replaced by Mfundo Ndhlovu.
With the half-time break approaching and Australia dominating possession, South Africa were on the back foot and conceded a try in the last minute of the half when Ben Dowling split their defence to dot down under the posts.
But there was still time for a restart and the Blitzboks made the most of it as first Selvyn Davids toed the ball ahead before Christie Grobbelaar twice nudged it forward twice and then won the race score a converted try and lock the scores up at 7-7 heading into the break.
There were to be no such struggles for the Blitzboks in the second half as they scored 40 seconds after the restart through Grobbelaar after Ndhlovu snatched possession back at a defensive breakdown.
South Africa suffered a setback when Darren Adonis was yellow-carded for foul play. But Australia messed up the ensuing penalty as the ball was ripped in the tackle and Ryan Oosthuizen pounced to secure possession and barge over from close range for a fortuitous try.
As if seeing the deficit grow to 14 points wasn’t bad enough for Australia, they conceded two yellow cards in quick succession.
This allowed the Blitzboks to add two late tries to stretch their lead and wrap up the result.