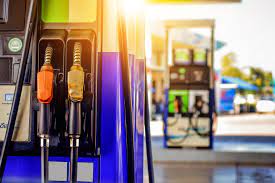 BONUS - RUSTENBURG - The Department of Mineral Resources and Energy has published the latest fuel price adjustments for March 2022, showing a sharp hike in prices for both petrol and diesel in South Africa. The increase will take effect at midnight on Tuesday (1 March)

The official changes are as follows:
Petrol 95: increase of R1,46 per litre to R21,60 Petrol 93: increase of R1,46 per litre to R21,35
Diesel 0.05%: increase of R1,44 per litre to R19,49
Diesel 0.005%: increase of R1,48 per litre to R19,55
Illuminating Paraffin: increase R1,21 per litre to R13,19
The increases for March are mainly attributable to rising international petroleum prices as a result of Russia’s invasion of Ukraine and would have been more severe had the rand not stabilised against the US Dollar in the last few weeks, the group said.
Adding to the increases, the slate levy was also increased by a further 15 cents per litre, hiking prices even more.
“The massive fuel increases announced by the Department of Mineral Resources and Energy (DMRE) will have a sharp and immediate effect on the poor, and a long-term impact on inflation,” said the Automobile Association (AA).
“These increases will certainly impact on every single South African given the reliance the country has on fuels for transportation, manufacturing and in the agricultural sector.”
The AA said the outlook for April remains unclear but Russia’s military action in Ukraine could push international oil prices higher which will again impact locally.
“For now, it’s a question of wait and see how these prices move in the next few weeks.
“One silver lining, though, is that any potential increases will not be combined with increases to fuel taxes as the minister of finance earlier this week announced the General Fuel and Road Accident Fund levies will not increase this year. This is good news, but must be tempered by what happens in the next few weeks to the overall pricing of fuel.”