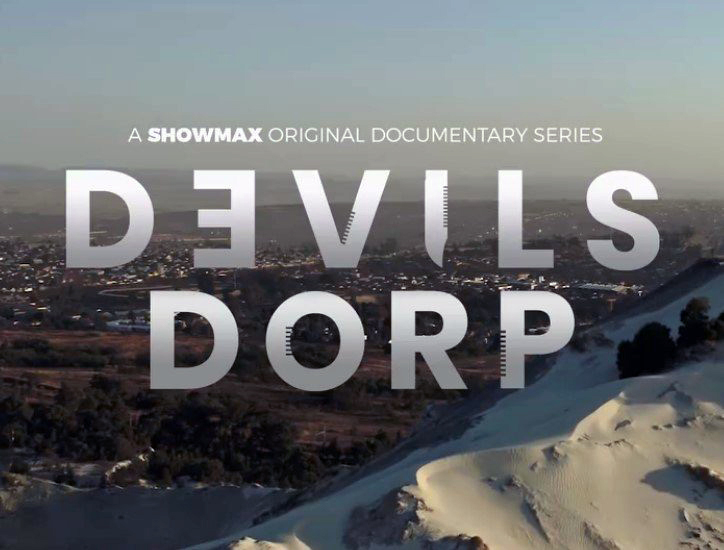 The year’s biggest hit on Showmax will be screened on M-Net from January 6.

What is Devilsdorp about? In 2016, a spate of brutal Appointment Murders gripped the town of Krugersdorp, leaving salespeople and consultants terrified to book meetings in case they were the serial killer’s next victims. The investigation led detectives to a series of unsolved cold cases, the so-called Satanic Murders, and to links between 11 Krugersdorp killings between 2012 and 2016. They discovered these were the work of the Electus per Deus (Chosen by God) cult.

“The result of an 18-month research process, Devilsdorp shows again that truth is stranger than fiction, especially in South Africa,” says director David Enright. “This is the story of the events that rocked an entire community and forever changed the lives of those involved, especially the families of the victims. What started as a group of devout Christians trying to help a former satanist escape the satanic church ended in a murderous spree involving a killer mom, her two children, and a cult with more victims than members. It may all sound too far-fetched to be believed, except it really happened - just down the road from us.”

The family of the victims also share their stories, as do church members who knew the perpetrators. Netwerk24 journalist Jana Marx, author of The Krugersdorp Cult Killings: Inside Cecilia’s Steyn’s Reign of Terror, narrates the series, which is produced by IdeaCandy.

Friday December 17: Get ready for three hours of the biggest girl group in history in Girl Powered: The Spice Girls Story. M-Net, 19:30.

Monday December 20: Killing Patient Zero is the story of the Aids epidemic and the man accused of starting it. M-Net, 22:30.

Tuesday December 21: Transplant is a top Canadian medical drama with a Syrian doctor who leaves behind his war-torn country. SABC3, 21:00.

Thursday December 23: A jingle writer has to write a song for the Christmas Eve concert in Jingle Belle. SABC2, 19:00.

Friday December 24: The classic opera Carmen is given an African makeover in the award-winning U-Carmen eKhayelitsha. Mzanzi Bioskop on DStv, 20:01.

Friday December 25: Explore the history of the famous Gibb brothers in The Bee Gees: How can you mend a broken heart. M-Net, 19:30.