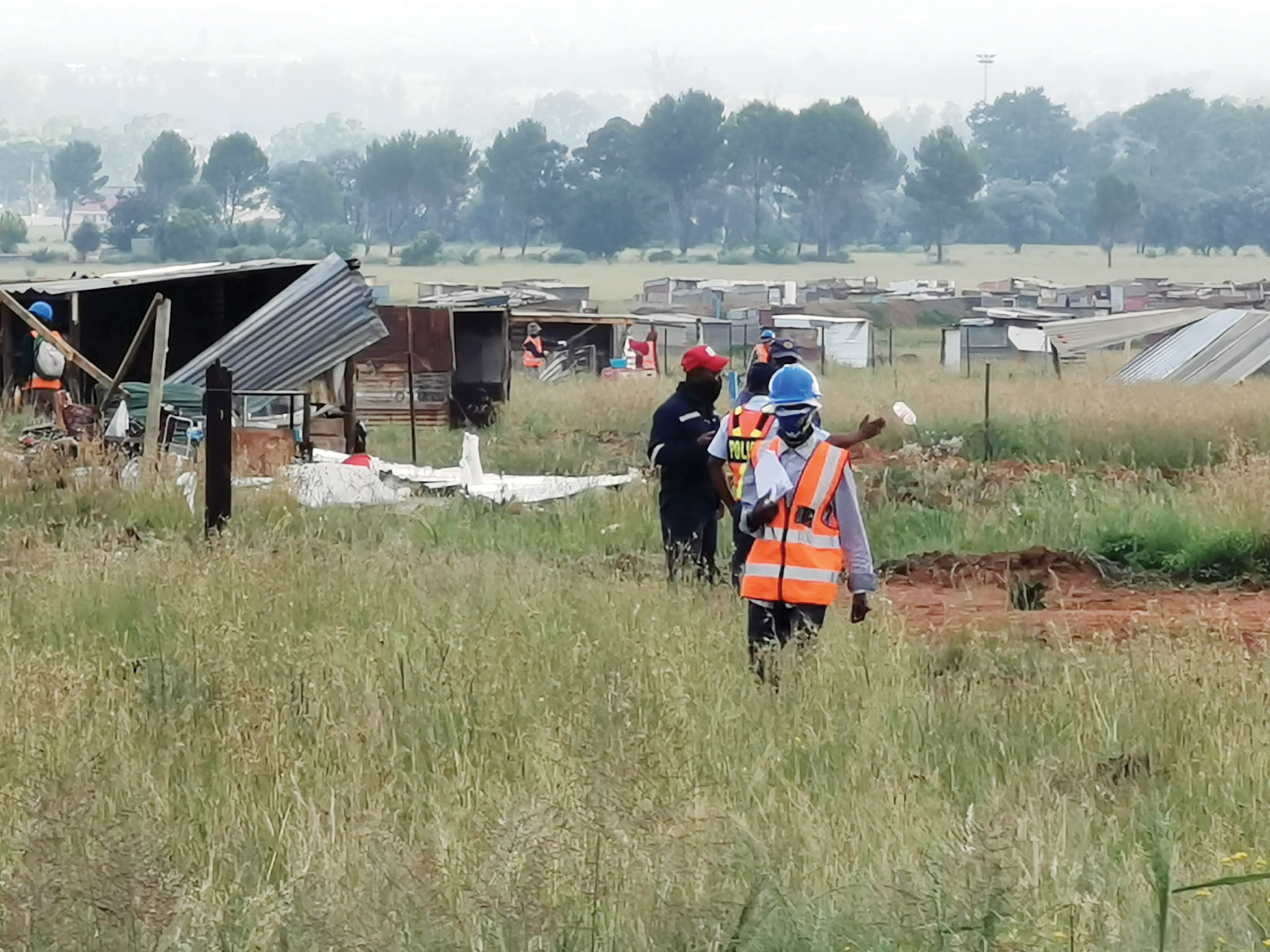 Klerksdorp Record, Klerksdorp - Four people were arrested on charges of public violence on Monday 18 January when people protested the demolition of illegal structures in the area known as Jacaranda.

The Sheriff of the Court was escorted by SAPS to remove land invaders at Ext 11, along the R503 road (Hartbeesfontein). According to Ntswaki Makgetha, municipal spokesperson, the Sheriff was executing a court order granted in favour of the Matlosana Municipality to deter any illegal invasions of the land in question.

According to reports almost 900 illegal structures were demolished.

Some of the invaders resisted the eviction and resorted to public violence.

The municipality urged residents to not invade Council owned land and to observe the correct procedures to obtain access to land for development purposes.

Previously under Alert Level 3, eviction orders could be applied for and processed but not executed - and under the amended regulations of the Disaster Management Act, the same conditions apply. According to section 37, no person may be evicted for the duration of the alert level, unless the appropriate court grants the necessary order.