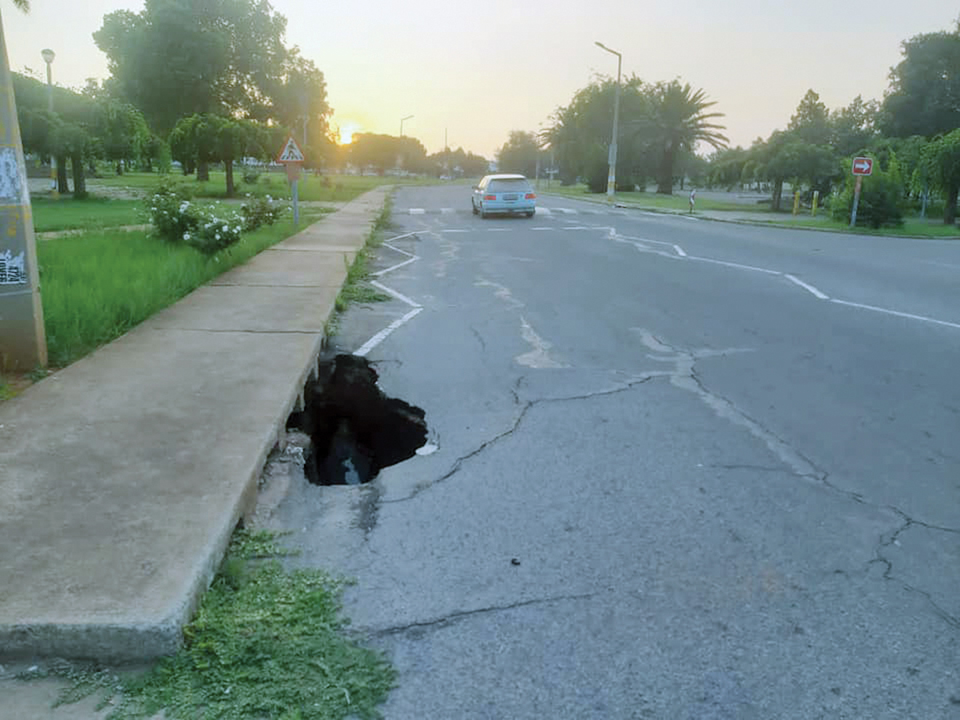 Klerksdorp Record, Stilfontein - A new sinkhole appeared opposite the Stilfontein municipal buildings and the community wants action. This is only one of a few sinkholes that appeared recently in the town.

The DA is urging the municipality to act following what the party says its continued failure to attend to and fix sinkholes in the Stilfontein area which have left immense damage to properties and poses a risk to the safety of residents.

According to Cllr Portia Burrell, one resident has incurred extensive damage after a burst pipe triggered a sinkhole outside her house which caused water to flood her property. “Another sinkhole emerged on the corner of Jan Van Riebeeck and Connaught Street, these sinkholes pose a risk to motorists driving on the road and the surrounding properties as they can cave in at any time.”

The Director of Public Safety, LJ Nkhumane, informed the DA that the delay in fixing the sinkholes is a result of the municipality’s credit ratings and the Finance Department’s slow response to requests. “He assured us that as soon as the Finance Department finalises the process then the Institute of Geoscience could start with assessments of the sinkholes before the offices closed for the December 2020 break. Unfortunately, this deadline has once again passed and the municipality has still not attended to the issue despite several requests from the DA.

The huge sinkhole next to the N12 is also still a serious risk. The municipality, Sanral and the Dr Kenneth Kaunda District are supposed to split the costs to execute the repairs.

“It is unacceptable that residents have to live under hazardous conditions due to poor governance and a lack of disaster management on the part of the municipality.”

At the time of going to press, the municipality asked for more time to respond.

They were waiting for the director responsible to provide the office with information.