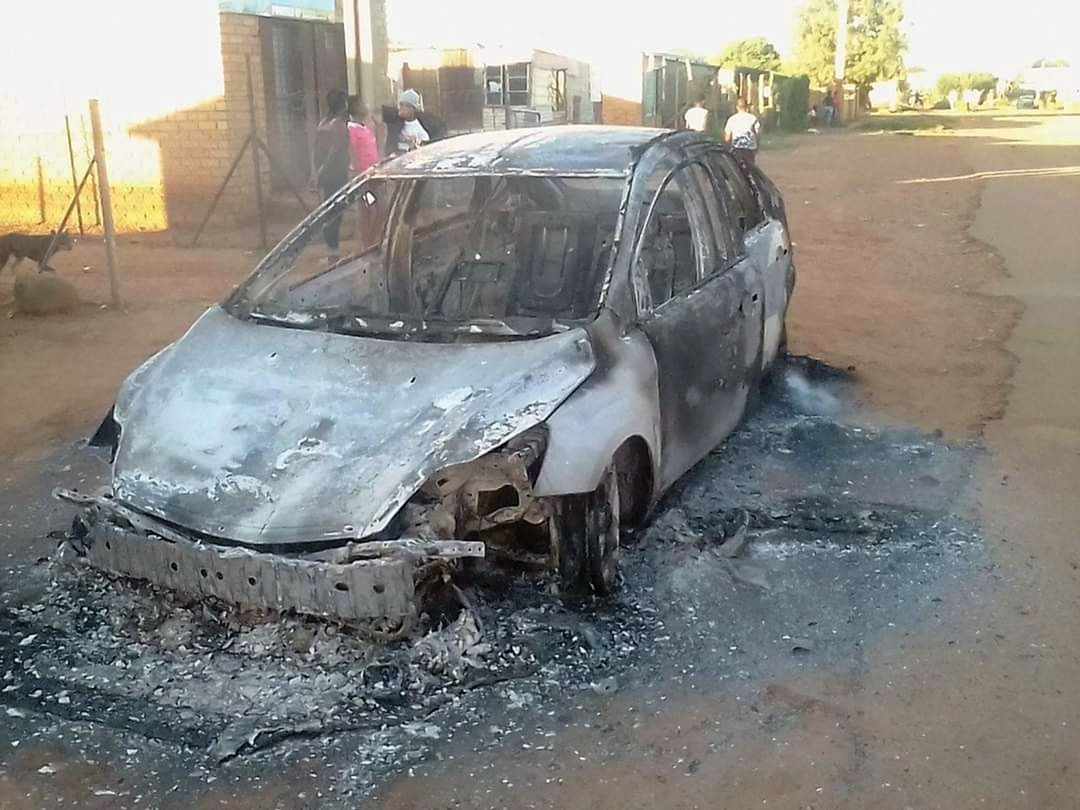 Klerksdorp Record, Klerksdorp - Jouberton was turned into a war zone this past weekend with gang violence continuing into the week.

On Wednesday morning 3 March Sgt Amogelang Malwetse, police spokesperson, said it looked like calm have settled in on the township after a rough few days. On Monday 1 March, gang members caused havoc at the Jouberton police station.

According to Col Adéle Myburgh, provincial spokesperson, the group accused the police of conniving with one of the gangs. “They entered the Community Service Centre (CSC) and demanded to see the Station Commander. Reports suggest that an attempt was made to disarm the police of an R5 rifle which was in the CSC, but members of Tactical Response Team (TRT) intervened and successfully pushed the group out of the station,’’ she said.

The exact motive for the attack is not yet known. However, it is suspected that the incident is related to setting alight of several houses and vehicles since Saturday 20 February to date, although only cases of malicious damage to property, attempted murder and arson were opened for investigation.

“It is very unfortunate that such incident had to occur, especially in a place where communities are supposed to seek help and protection. We believe that if community members are not satisfied with the services rendered by SAPS, they should address them through relevant platforms such as the Independent Police Directorate.”

Sources told Klerksdorp Record that the ongoing violence in Jouberton is related to the Matlosana Municipality and that the brunt of the community or gang attacks were levelled against workers of the municipality. On Tuesday 2 March, the municipality closed the building again after a group of community members tried to force their way into the building. Staff were sent home and on Wednesday refuse removal still did not resume.

“Several workers in the refuse department stay in Jouberton and they were advised by their labour unions to stay at home. Some received threats that their homes will be burnt down, they live in fear,’’ one source told Klerksdorp Record.