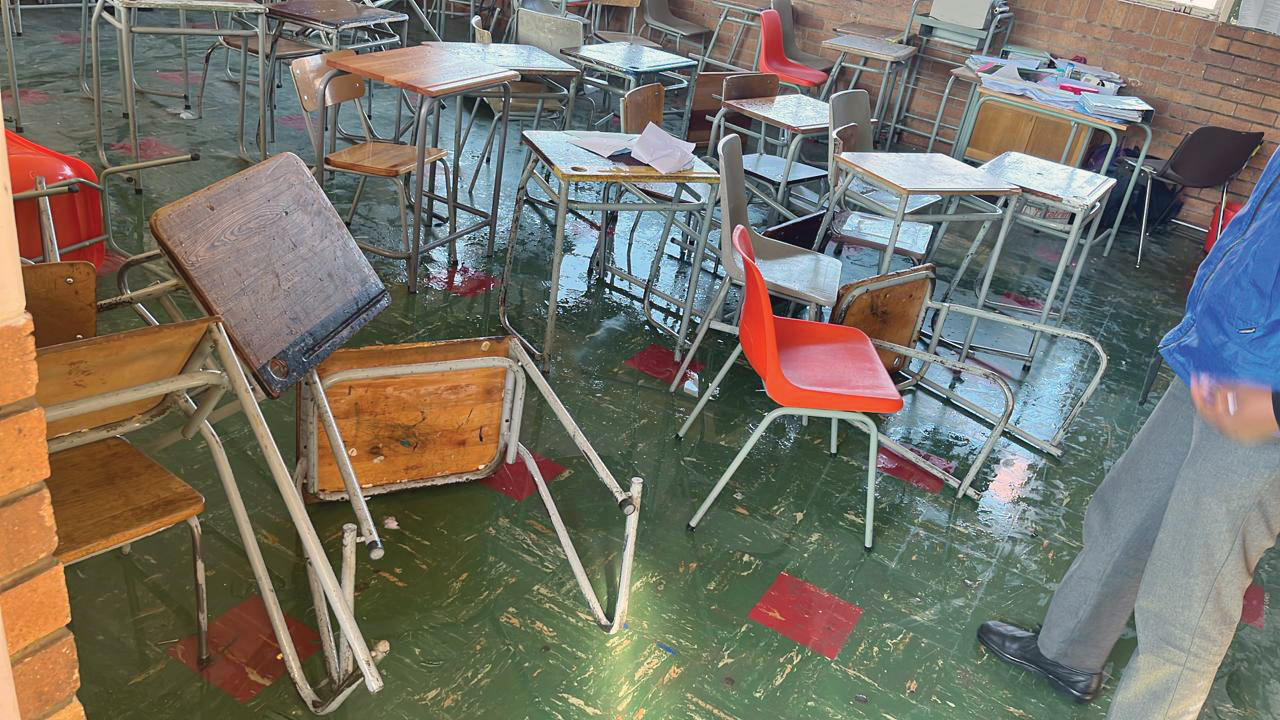 Klerksdorp Record, Orkney - Learners of Hoërskool Orkney protested at the school this week in support of one of their schoolmates, Katlego Mqendlani (21) who is in jail after being caught with an air gun at school.

Katlego is in Gr 12. He was arrested on Tuesday July 26 at the school allegedly brandishing a firearm. It was later established that the firearm was indeed an air gun. Learners at the school protested his arrest and detainment because it is only a “fake gun’’. The learner, who appeared in the Orkney Magistrate’s Court, was denied bail. The case was postponed until September 30. This means that he will miss the preparatory exam starting at the end of August.

On Tuesday August 2 learners at the school were sent home early when some learners blocked the school entrance preventing learners to enter.

In an email to Klerksdorp Record, learners expressed their anger saying they are fighting for their rights. “He was arrested for playing with a fake gun that the police have proven that it is fake. There is footage that proves he was not endangering anyone. We come across multiple crimes but no action is taken, yet when a school child plays with his toys it’s seen as criminal activity. Women are being raped, killed, trafficked yet the law fails to do their job. Yes we are kids but we know our rights,’’ they said.

Ibenathi Mlamli, a former learner said the learners were celebrating their forty days. “Katlego is still in prison for no reason as he didn’t rob anyone or hold anyone hostage, he was just dancing with the other learners and they were having fun because they all knew it was a toy gun. They will be writing exams soon and we don’t know the reason for him being denied bail or the reasons for the charges to stick as no one was traumatised and the principal doesn’t want to give the learners any solid information about the case.’’

Capt Afjee Botma, police spokesperson, confirmed that Mqendlani and another [minor] learner were arrested for taking a “pellet gun” to school. According to an informed source, it was a replica of a Beretta 9mm pistol.

Four learners were initially arrested and two released. “The incident took place on Tuesday July 26, and they appeared in court on charges of pointing a weapon in a public place and damage to property. It is not clear what they have damaged,” Capt Botma said.

“One was released into the care of his parents while waiting to re-appear and the other is spending time at a youth centre in Hartbeesfontein pending his next court appearance.”

The principal denied comment as he is not allowed to speak to the media. Elias Malindi, spokesperson: NW Department of Education, confirmed the incident, but could not comment on the details. “It is in the hands of the justice system now,” he said.