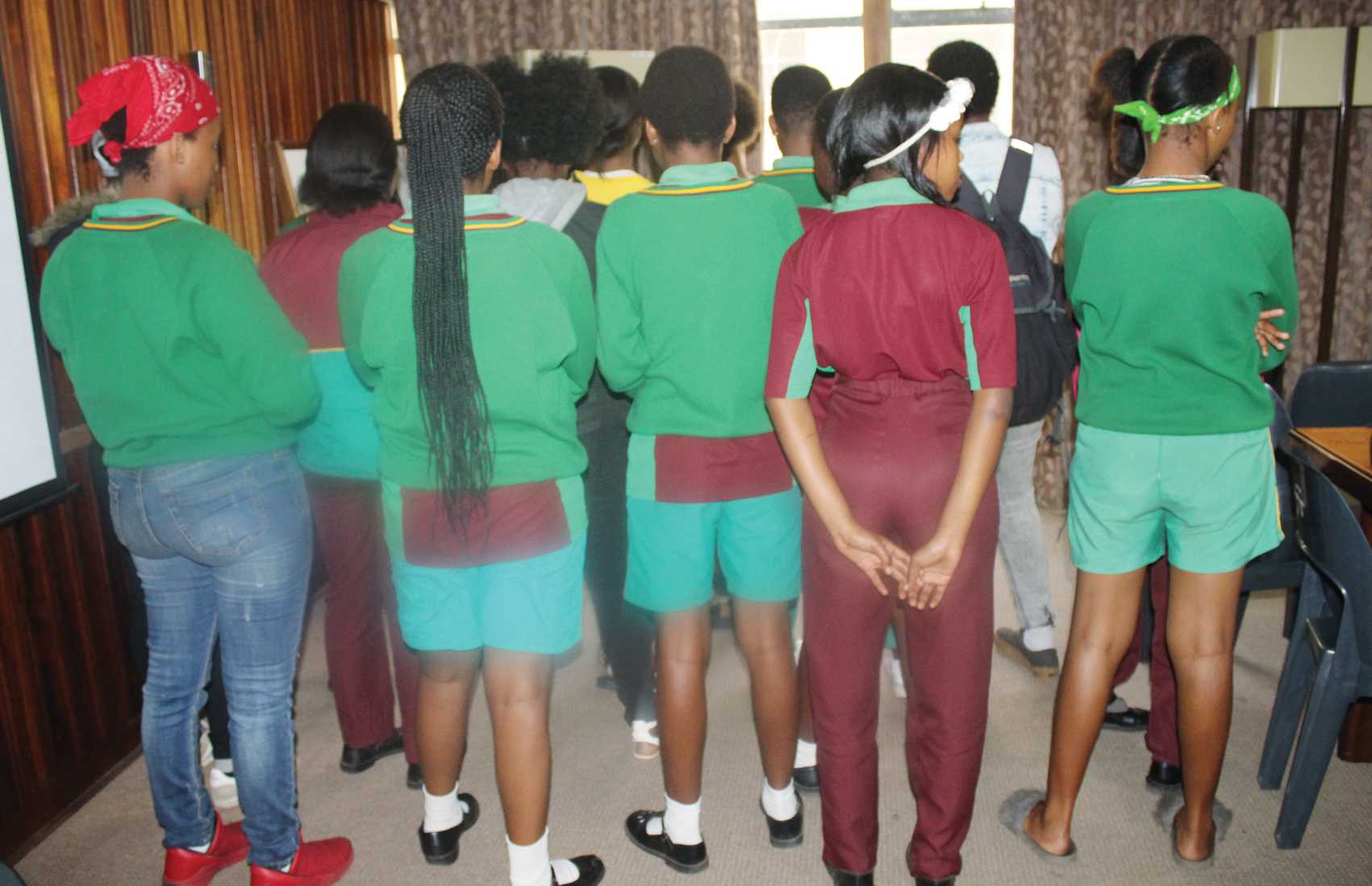 Lentswe, Klerksdorp - Municipal officials and security personnel from the Matlosana Municipality marched a group of school children to the office of the MMC for Transversal Issues after they were caught smoking and drinking in the park in front of the municipal building last week.

The group of about 20 high school learners, some clothed in their school uniforms, were caught drinking alcohol and smoking cigarettes while they were supposed to attend school on Tuesday 13 August. According to Ntswaki Makgetha, the children were between 13 to 17 years old.

Cllr Irene Matetoene was disappointed in the learners who bunked school to frolic around in the city.

Her office phoned the school principals, parents, police and municipal officials to take note of the situation. According to Matetoane, the learners reside in different areas such as Kana-na, Jouberton, Khuma, Tigane, La Hoff, Alabama and Flamwood. “Most of the leaners are from grade eight and from various high schools around Matlosana. They bunked school just to come and sit around municipal premises. They also didn’t show any remorse and were laughing when we addressed them,” said MMC Matetoane.

She said it is the responsibility of municipal officials to watch over their safety while they are on municipal premises.

“The City of Matlosana does not discriminate anyone from utilising the municipal premises. Everyone is welcome to use the park at their leisure but in a responsible way,’’ said.

She continued to say that the municipality erected fences around municipal areas to monitor bad behaviour and keep people safe. “It is the responsibility of all of us to contribute in this matter as parents, business people and as residents living in Matlosana that our kids have a better future and upbringing.”