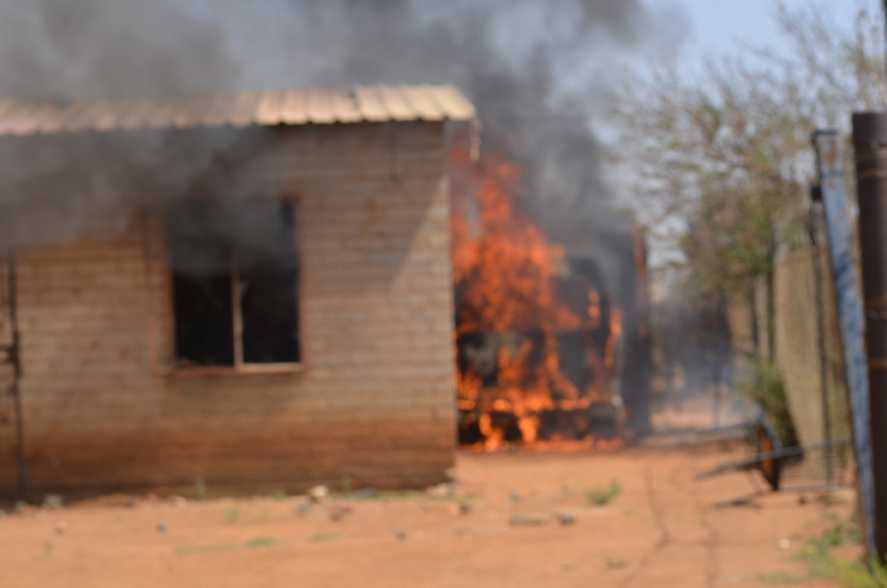 Lentswe, Khuma - The North West ANC provincial interim committee visi-ted victims of the protest in Khuma last week who were left homeless after their homes were torched.

The two suspected arsonists appeared in Stilfontein Magistrates Court on charges of public violence, arson and malicious damage to property on Monday 23 September.

“However, only two appeared in court as the case against the other six was not enrolled,” she added.

The duo, Phindile Nkambule (28) and Elias Seokolo (37) were granted R1000 bail each and the case was postponed to 28 October.

According to Col Myburgh, the police followed several leads that resulted in the arrest.

Six councillors and a Matlosana Municipality official were at the receiving end of the community’s anger when their homes were set alight on Tuesday 17 September.

The protest was related to service delivery issues and shortage of housing.

The victims, ward councillors and their families are still kept in a place of safety.

Thabo Pelesane of TP Foundation confirmed to Lentswe that they assisted the victims with meals, clothes and things they need.
“This is not mainly for the councillors, but for their families. We were touched by the situation their families were left in after the fires destroyed everything and decided to step in and assist where we can.”

Lentswe also sent an enquiry to the municipality about assistance and insurance cover to the families and is still awaiting a response.