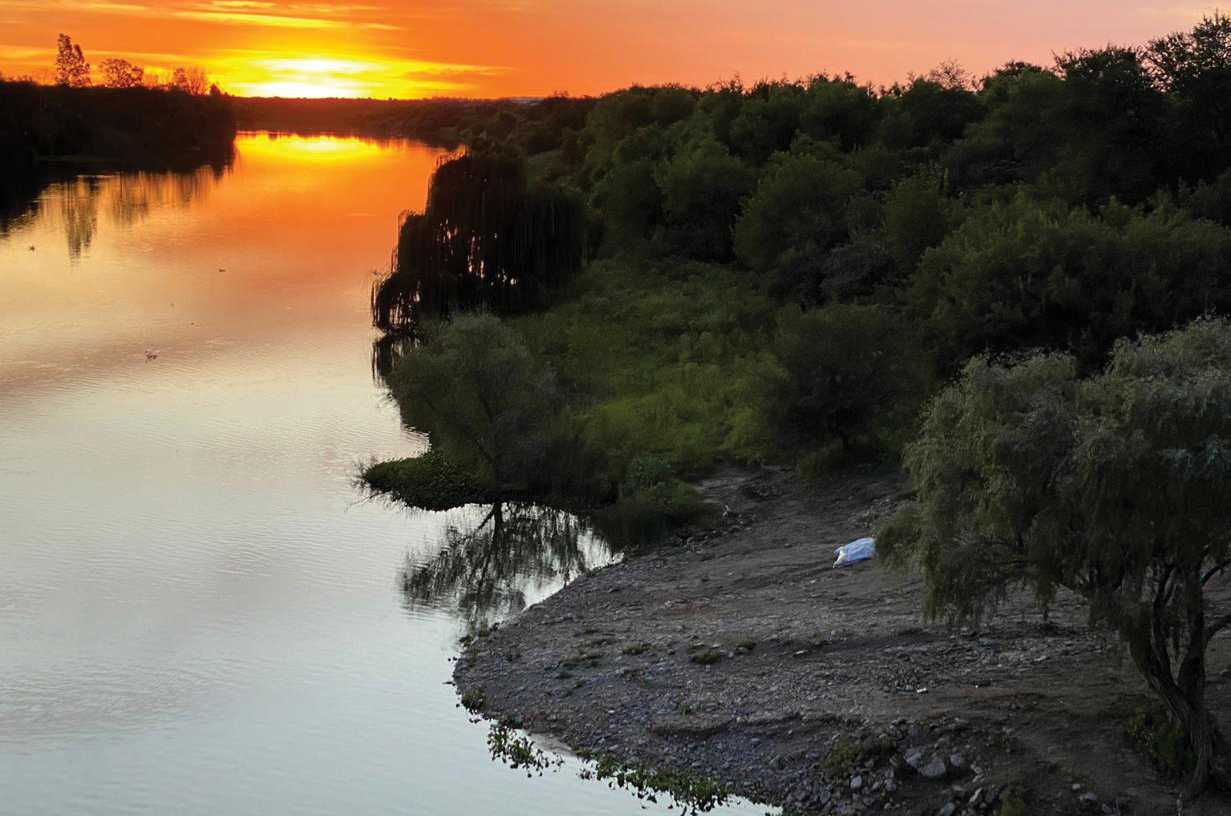 Lentswe, Klerksdorp - The past Sunday 23 February was a normal church day at The Bethel Emanuel Apostola Church in Zion at Ext 10 in Jouberton, but ended tragically after a special baptism ceremony.

Two men drowned at the spot where the church has been conducting baptism ceremonies since 1995. One of the deceased, Boitumelo Thuso Edwin Lechuti (37) is Arch Bishop Ebetsang Johannes Lechuti’s grandson.

He told Lentswe that the baptism ceremony started around 14:30 at the Vaal River near Great Noligwa Gold Mine.

“On Sunday we did what we used to do by baptising our church members at the river. But this baptism was special this time as it was mostly to pray for health for those members,” Lechuti said.

He said just after the ceremony, he called on Bennet Reetseng (32) to come closer to him, so that they can pray together, while they were still inside the river.

“We then saw my grandson diving into the water. The third time when he dived it was further away and we saw he was in trouble.

“That’s when Bennet went in further to help him, but he disappeared underneath the water and then Thuso drowned too. We then prayed for about 8 minutes in a hope that they might come out, but we did not see them again,” the saddened bishop said.

During the visit of Lentswe at Arch Bishop Lechuti’s house in Scott Street in Wilkoppies, he was with his wife, Lesedi Lechuti and other grieving family members.

Lesedi said they called the police who came accompanied by an ambulance.

“Just after the police arrived, they told us that the divers are on their way and indeed they arrived after a short time. They found Thuso first at 18:15 and then Bennet after another 10 minutes, but unfortunately they were already dead,” she said sobbing.

She said: “We are advising everyone that you cannot get inside the river for the second time after baptism. We are used to our baptism ceremonies, but we must always be alert that during that time, anything can happen.”

According to Arch Bishop, the family of Bennet will bury him on Saturday 29 February at Manthestad in Taung near Vryburg.

He said they are still busy with the funeral arrangements of the grandson Thuso who will be buried the following week on 7 March in Dryharts, Taung.
Warrant Officer Elize Kruger of Orkney Police Stations confirmed that an inquest was opened into the deaths of the two men.