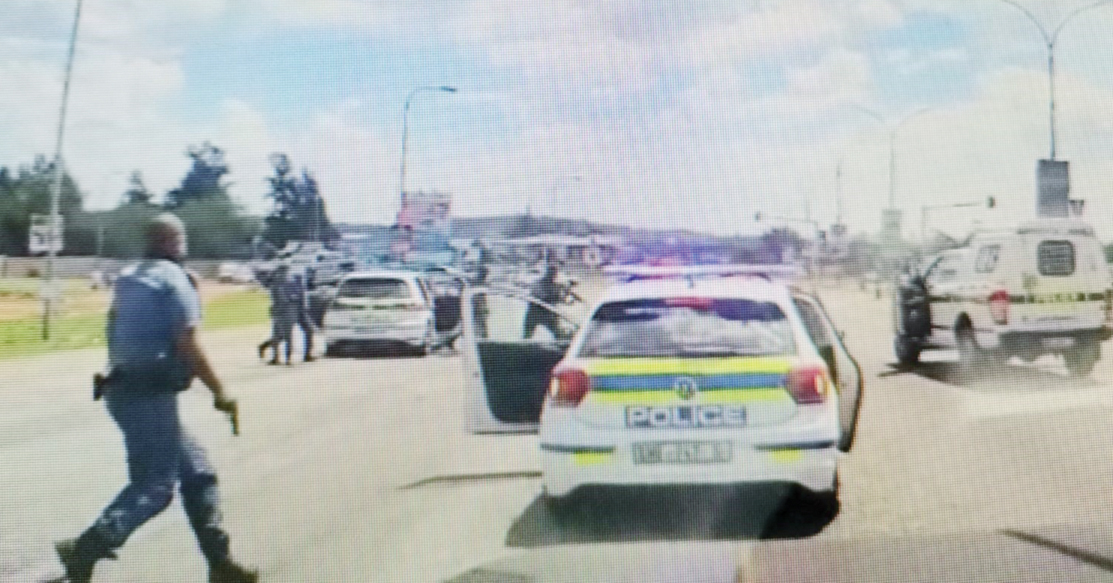 Lentswe, Klerksdorp - A high speed chase between Potch and Klerksdorp ended on the N12 near Latham Road after police fired at the red VW Polo, forcing it to stop.

The drama happened just before lunch hour on Wednesday, December 1.

According to Sgt Amogelang Malwetse, police spokesperson, a 28-year old man was arrested. “Information at that stage was that he is a suspect in a kidnapping,’’ she said.

The red VW Polo was spotted by a traffic officer driving recklessly into oncoming traffic on the N12 in Potchefstroom.

“The traffic officer pulled the vehicle from the road when a young woman jumped out of the vehicle on the passenger side, alleging that she was kidnapped in Eldorado Park, Johannesburg. The driver of the Polo sped off and with the traffic officer in pursuit he gave a lookout to Klerksdorp for the speeding vehicle,’’ she said.

The Klerksdorp Tactical Response Team as well as K9 unit responded and spotted the vehicle entering Klerksdorp on the
N12.

“They tried stopping it and the driver refused. Seeing that the driver was still driving recklessly and not cooperating with law enforcers and ignoring the warnings, the police decided to shoot out the right front and right rear tyres, forcing it to stop,’’ Sgt Malwetse said.

The driver was apprehended for driving under influence of an unknown substance, reckless and negligent driving as well as failure to adhere to police instructions. It later transpired that the lady taken to Potchefstroom police station was the driver’s sister and she did not want to open a case of kidnapping.

The driver was expected to appear in Klerksdorp court this week.