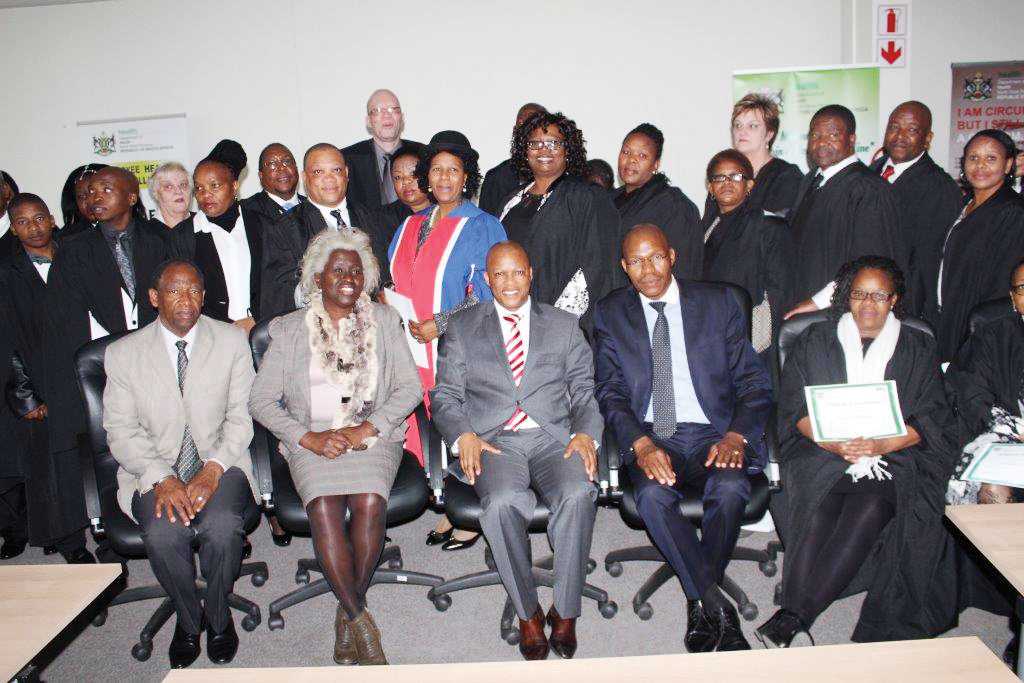 Lentswe, Klerksdorp – The new council for both Klerksdorp Excelsius Nursing College and Mahikeng that will serve for a period of 3 years was officially inaugurated by the North West MEC for Health Dr Magome Masike on Tuesday 7 July.

According to the provincial Health department, the new council will serve North West College of Nursing which comprises of two government nursing campuses based in Mahikeng and Klerksdorp. The college is tasked with training and producing nurses for the public health facilities. The inauguration is a platform for the MEC Masike to convey his expectation and council members’ roles and responsibilities.

“I want you to understand that our common role should be to assist the college to produce nurses who will add value to the health care system and take the nursing profession back to its former glory,” said MEC Masike.

The Department of Health further said the council that comprises of representatives from communities; union,
student council and managers from the department of Health will amongst others advise the Member of Executive
Council on nursing education policies and ensuring effective management of campuses.

MEC Masike expressed his gratitude to the outgoing interim council for the work done. Masike also congratulated the new council members on their appointed.

“I would like to congratulate appointed members of the new council.I have full confidence in your ability as individuals and as a Council. I believe your expertise and skills will add immense contribution to a successful running of the Multi-Campus College and ultimately improve the value of nursing in our province,” said Dr
Masike.

In his message of support during the ceremony, Vice Chancellor of the North West University, Prof Dan Kgwadi congratulated the newly appointed council.

Professor Kgwadi pledged university support to the council mentioning that the university will continue to work together with the college.

“We as the university are honoured to work with the department of health in the province. I therefore pledge our support as the university to the newly appointed council and I believe that you will guide the college and instill excellence as a culture in the college,” he said.

Speaking on behalf of the council, the newly elected chairperson Abbey Tlaletsi thanked the department and committed the council that it will do everything needed to assist the department particularly the college in achieving its goals.

“As the new council we accept the nomination and responsibilities given to us with much appreciation. We will do our best to put the college at its rightful place and ensure there is harmony in different structures of the college to conquer challenges beforeus,” Tlaletsi said.