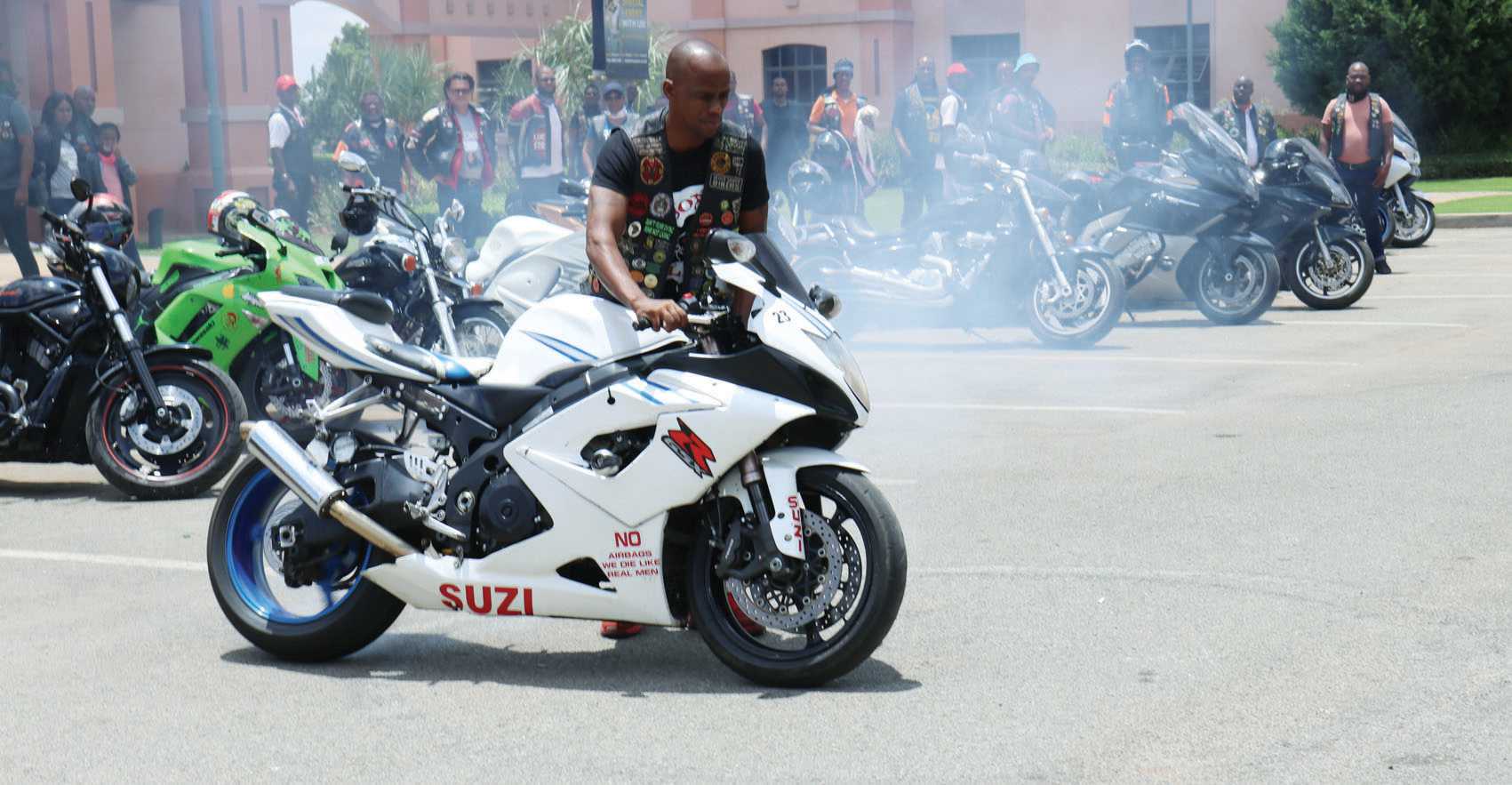 At the same time, bikers from all over Africa also gathered at respective venues in countries like Uganda, Kenya, Zimbabwe, Lesotho, Swaziland, Nigeria, Morocco, Namibia, Angola and Mozambique.

According to Fokes Fokane, the run has been customarily held on the last Sunday of January for the past three years.
“The Ubuntu run is built on the three pillars of brotherhood which is Loyalty, Honour and Respect. When you are Loyal towards your brother or sister, you care enough to Honour them, when you Honour them you hold Respect for them.

“Brotherhood is a term within the Biking Fraternity used to reflect the type of brotherly relationships formed over time by a band of brothers or sisters united by the common goal of unity and love for the motorcycle. We firmly believe that all human beings are born free and equal in dignity and rights. They are endowed with reason and conscience and should act towards one another in a spirit of Brotherhood. There-in lies our foundation for the Ubuntu Run, which has continued to grow over the years,” Fokane said.

“It has not been easy to keep the spirit of Ubuntu alive amongst the participants; however we firmly believe that where there is zeal to be one people and one United Biking Fraternity in Africa, there is a will to ensure that we set aside our differences and work through them together, rather than against each other,” he added.

Former MEC Dr Magome Masike was there to share about the importance of Ubuntu, while Matlosana Traffic department, Marius Crous spoke about safety.