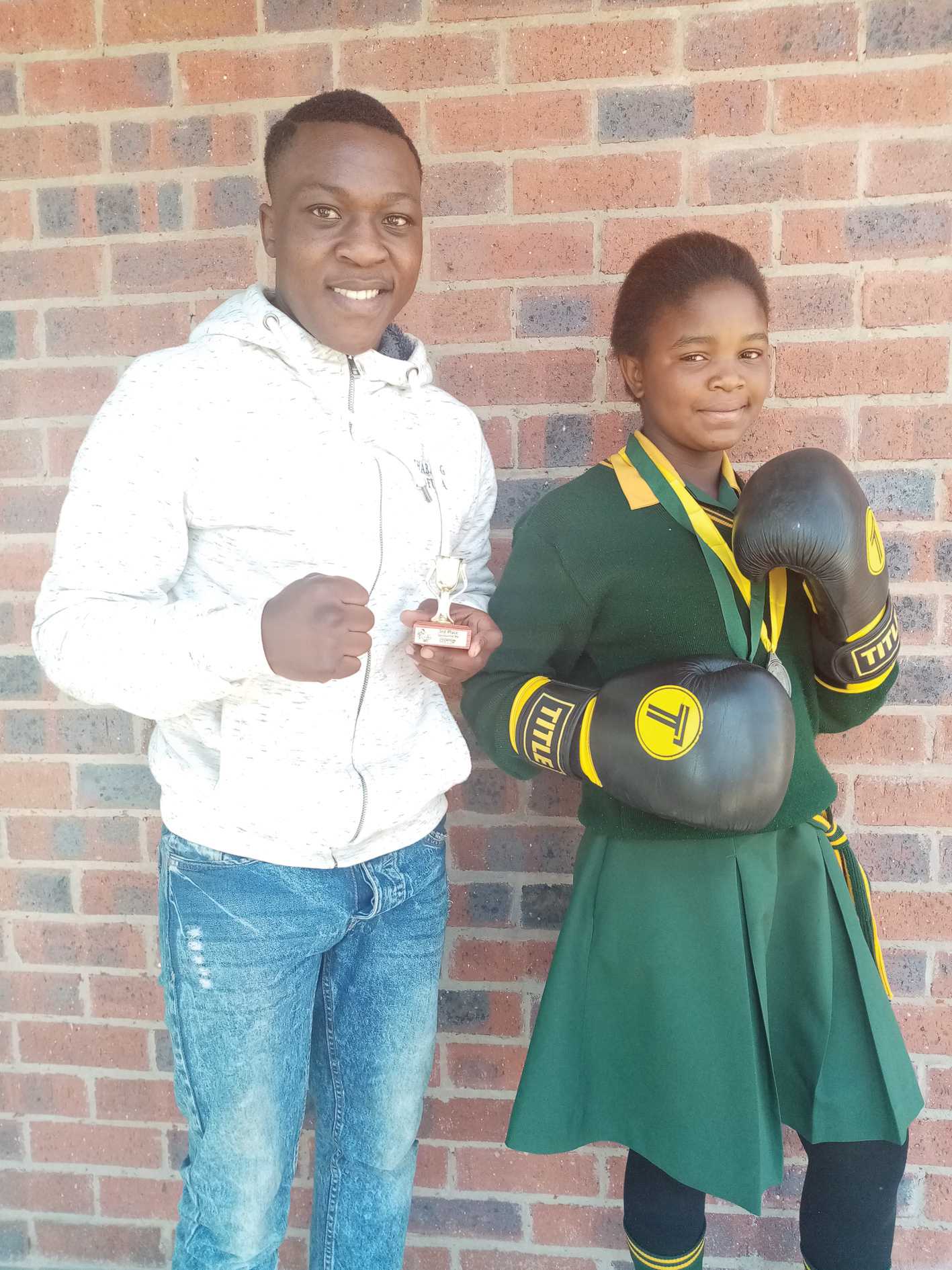 The Boxing Tournament Matching Fight was held at Wonderkop, Marikana in Rustenburg.

On her second fight, Onele lost and she was honoured with a bronze medal and small trophy. On her first fight, she hit her opponent hard on the cheek until she sat down and that’s where it was decided that the fight stopped in the third round.

According to her coach, Thabang Mofula of Alex Moshodi Team, Onele won against a more experienced fighter.