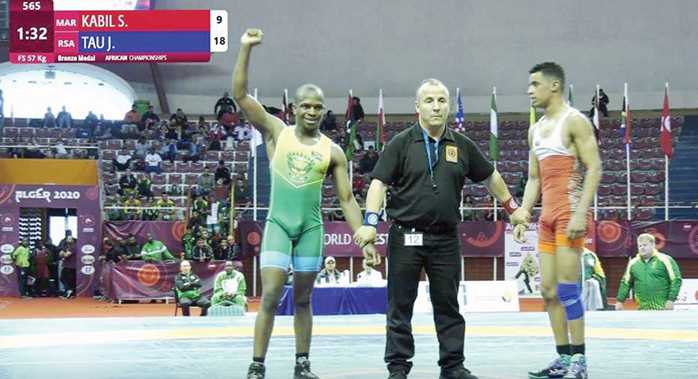 He wrestled in a star-studded weight category in which no less than nine international wrestlers competed for a medal. Tau’s determination to win a medal at such a big international tournament, paid off.

He wrestled against the Moroccan champion S Kabil for the coveted bronze medal, beating him with a technical pin after leading 18 to 9 points in his favour.

The Algerian Champion, Abdelhak Kerbache, went on to win the weight division with Diamantino Fafe of Guinea-Bissau ending in second place.

Tanki is currently preparing to compete in the Olympic Qualifying Tournament to be held in Morocco during March. He will be wrestling in the Oceania International tournament in El Jadida on 15 March.