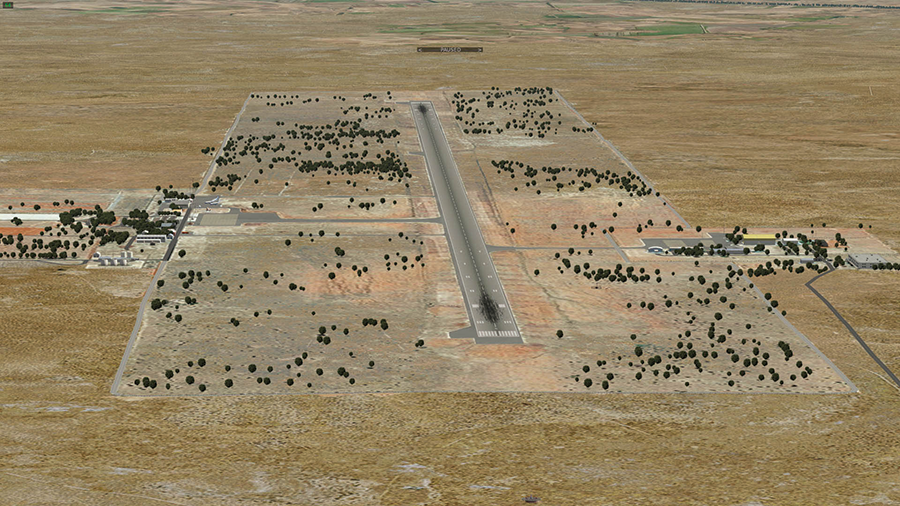 Mahikeng Mail-Mahikeng: “We cannot do anything about that airport until the matter has been  resolved”, remarked   North West Province Premier, Bushy Maape during media briefing after delivering his maiden  State Of the Province Address (SOPA) last week Friday at the North West Provincial Legislature, Reports Senior Journalist, Teboho Letselela.

Responding to questions about the future of the Mahikeng Airport , Premier Maape said the airport faced an uncertain future as there was a contract  between a service provider and the provincial government and there contract was a subject of investigation.
The provincial administration has been involved in years of challenges to get the airport up and running as the controversy riddled airport officially known as the Dick Montshioa Airport had no proper funding from both the provincial government and or outside business. The airport could not operate effective as a licensed entity after as its licence was “borrowed” to the Pilanesberg Airport in Mogwase in the Madikwe municipal district.
“We are dealing with a legacy, inheritance and burden of the past that there were people awarded a certain contract there. The matter currently been investigated by the Hawks as things stand now. We cannot do anything about that Airport until that matter is resolved. This issue must be resolved in court and only then, will we have the right to use this and that,” explained Maape.
It became clear that the North West Provincial government had very little they can do to operate the Mafikeng Airport following wide range of allegations of corruption, maladministration and financial misconducts found at  the airport. The North West Provincial government was found with two sets of amounts aggregated to R407 221 142. This meant that, SA Express, another airline operating between Mahikeng and Johannesburg  was to be paid just more than R200 million as a subsidy which would allow SA Express to procure the services of a management company that would run the airports for just short of another R200 million.
The nature of selecting the airlines had no form of advert that was made when the Provincial government invited six airlines companies to submit proposals and making presentation for the provision of airline service. It was further discovered that the provincial Transport Department had no budget and capacity to handle such a contract at the time the provincial government entered into an agreement to appoint SA Express.
This saw the Premier’s Office financing a contract under the Department of Transport with no work done by SA Express resulting into a gross financial misconduct  by the then Acting Director-General in the office of the Premier.
It’s over decades now since Mahikeng airport’s international license was borrowed to Pilanesburg airport while the Mahikeng airport remained an empty structure that was once seen as a potential key strategic and catalytic infrastructure asset that needed to be recapitalised and commercialised for economic activities and job creation in the province.
However last Friday, Premier Maape assured the public that the provincial government had plans and ideas as to what they could do with the airport.
“You know that the international license was moved from this to that and these are some of the issues.  We are investigating as to how we can really utilise the airport to provide the service that is required and also to stimulate economic development in the province,” said Maape.
Meanwhile Mahikeng Airport remains a subject of investigation by the law enforcement agencies and only then when the investigation are concluded will allow the provincial government to operate its Airport.