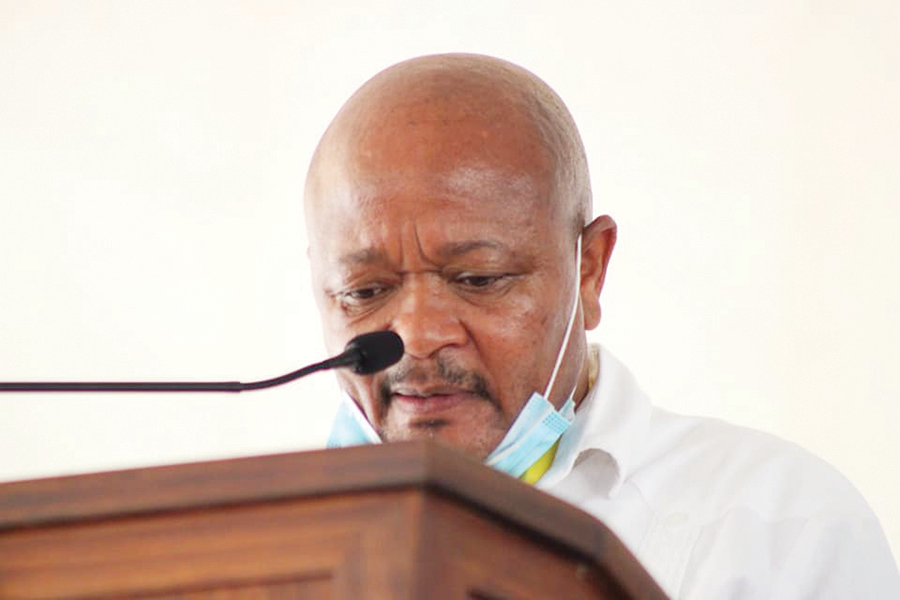 Communities from various villages of the five Local Municipalities: Ratlou; Tswaing; Mafikeng; Ditsobotla; and Ramotshere Moiloa interacted with President Ramaphosa and some Ministers who were present. The issue of water supply was one of the key issues raised by community members.
President Ramaphosa acknowledged the challenges of water supply in North West and explained that the purpose of their Imbizo is to listen to concerns of the people and find solutions to the challenges within the Province.
“We are all working together under the umbrella of District Development Model and together we are solving problems that have been identified. This government is serious about things that need to be fixed and water supply is among them. South Africa is a water-scarce country and water supply to communities is a major challenge. However, I know that Minister Mchunu is working on a number of plans to bring solutions to challenges of water supply, and I know that some of them are being addressed,” said President Ramaphosa.
Responding to the issues raised by the communities from different local municipalities, Minister Mchunu said some of the challenges are currently being addressed. They include the refurbishment of Water Treatment Works and improved water reticulation by municipalities in Ngaka Modiri Molema District Municipality
“Water is a challenge in the area of Mafikeng and the surrounding areas and there are a lot of bulk water supply schemes that need to be upgraded,” said Minister Mchunu.
Minister Mchunu also indicated that there is a need for a big water supply scheme that will get water from the Vaal River.
“Following our three-day working session in this province it was concluded that we need a major water supply scheme that will get water from the Vaal River to Mafikeng. This is our priority intervention to bring relief of water challenges to this area, but we are still in discussion to determine which part of the Vaal River we can get water from that will be sustainable and also cover other surrounding areas,” said Minister Mchunu.
Minister Mchunu also assured the residents that all the Municipalities have pledged their support in terms of financing the projects in North West province