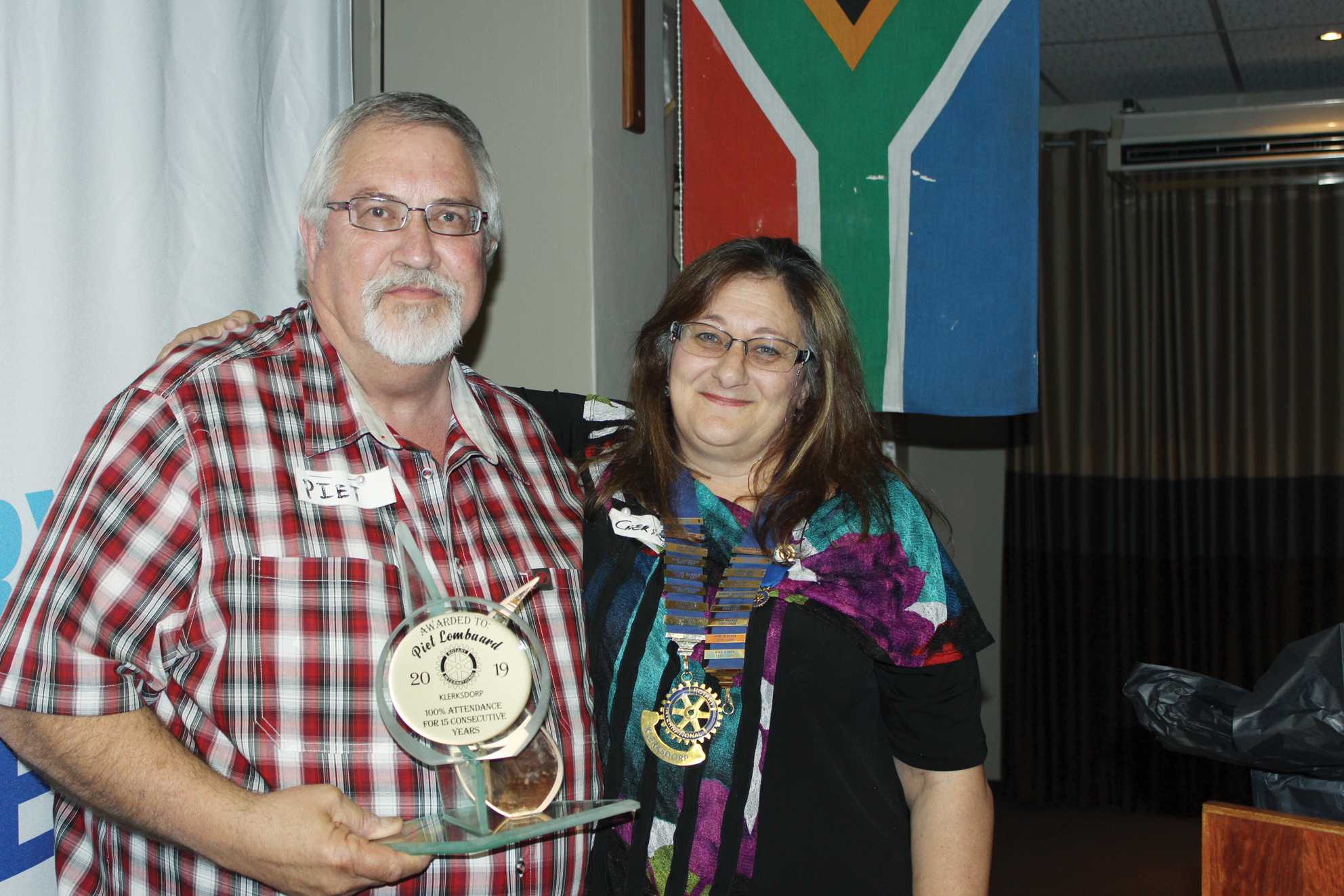 Klerksdorp Midweek, Klerksdorp - World Polio Day is held on 25 October which coincided perfectly with a visit from the Rotary District Governor, Jaco Stander.

The Rotary clubs of Klerksdorp and Orkney by Klerksdorp hosted the auspicious event at Rotapark where the awareness and importance of working together to eradicate the disease was emphasised.

Rotary has been working to eradicate polio for more than 30 years, and they’ve made incredible progress in the fight to rid the world of it forever.

As a founding partner of the Global Polio Eradication Initiative, Rotary helped to reduced polio cases by more than 99.9 per-
cent.

There are three serotypes of wild poliovirus type 1, type 2, and type 3 each with a slightly different capsid protein. Immunity to one serotype does not give confer immunity to the other two.

Outbreaks of poliovirus were largely unknown prior to the 20th century.

How much does polio vaccine cost Rotary?

To get to that point, Rotary states that an additional R22.2 billion is needed. While one dose of the polio vaccine costs less than R1, the investment in health care workers to deliver the vaccines, plus ongoing awareness campaigns, are more costly.