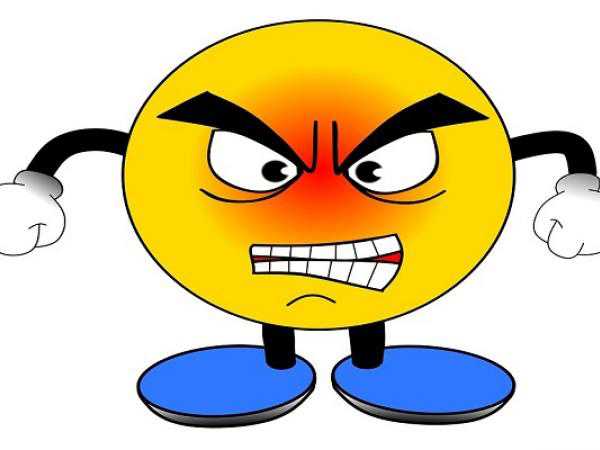 Klerksdorp Midweek, Klerksdorp - With South Africa having been in lockdown for more than 100 days already, people are ex-
periencing a variety of emotions, ranging from sadness, fear, anxiety and loneliness to anger.

People experiencing anger came into focus when businessman Vusi Thembekwayo shared an emotion-laden video that went viral on social media a few days ago. Vusi, a multimillionaire, was clearly angry while he took his followers through an abandoned office space in Sandton, Johannesburg. The lives, salaries, income, pensions and the ability to provide for their families of 70 people who had once worked there had all been destroyed when they had lost their jobs as a result of the economic effect of the Covid-19 pandemic we are facing.

Prof Ankebé Kruger, a senior psychologist at the Institute of Psychology and Wellbeing of the North-West University (NWU), says in addition to job losses and the associated financial implications, people may experience anger about other losses such as normalcy, routines, valued activities, their health and that of their family, and the ability to visit friends and relatives living in other provinces.

“The well-known model of grief as proposed by Elisabeth Kübler-Ross details the stages of grief as denial, bargaining, anger, sadness/depression and acceptance. Research suggests that after a loss, disbelief and yearning often occur first, followed by anger. Also, people’s anger may be directed towards teachers with regard to challenges with emergency remote learning, people who are ignorant of the ‘rules’, restrictions imposed on us, and even towards the government and politicians – which was clearly the case with Vusi Thembekwayo.”

Prof Kruger says people are commonly protecting themselves from unpleasant feelings such as anger by engaging a defense mechanism called displacement, in which people transfer their emotions from the original source of anger to another person or situation.

“Displacement occurs subconsciously and therefore people often do not realise they are transferring their anger from one situation to another situation. For example, a woman who is angry because she lost her mother directs anger at the nursing home’s nurse who was with her mother at the end of her life. Because many of us are still working from home, we need to be particularly careful about taking out our anger on the people we see the most, which is probably our family members. Snapping at a child for talking while you are in a Zoom meeting or yelling at your partner for not keeping the kids quiet during a work call may indicate that you are displacing your anger,” she says.

According to Prof Kruger, experiencing anger is absolutely normal, and once you understand your anger and where you tend to direct it, you can make a conscious effort to deal with your emotions in a healthier manner. Think about the acronym RAIN (Recognise, Accept, Investigate and Nurture):
- Recognise when you are angry and identify where the anger is in your body.
- Accept the anger and understand that it is okay to be angry.
- Investigate the physical sensations in your body. What does it feel like to be angry?
- Nurture the anger. Be kind to yourself when you are angry, do not blame yourself for being angry and do not be self-critical. -       Remind yourself that anger is a vital emotion, letting you know where your boundaries are and what you value.