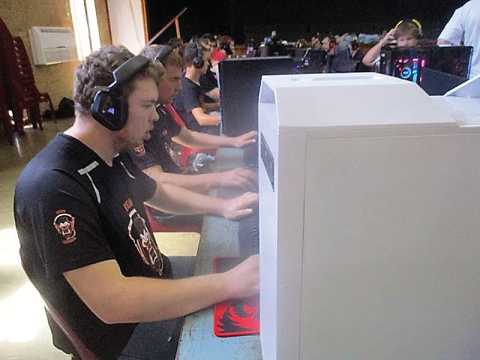 MSSA’s 1st North West Online Provincial Championships, which will offer local players the opportunity to qualify for selection to the national squad and for the Protea Team.

In order to participate, the majority of each team must consist of players who reside in North West. However, in the case of players who play 1v1 games, only North West residents are eligible to enter. Obviously Registered Players may participate from the comfort of their own home while being safe from the Game titles to be played are Paladins PC/PS4, FIFA’20, Pro Evolution Soccer (PES) 2020, HearthStone, Street Fighter V, Clash Royal, Counter-Strike: GO, League of Legends (LoL), DotA 2 and TEKKEN 7.

Entry is R35 per Registered Player. Only fully-paid-up Registered Players may participate in this event. Entries must be submitted by 24 August. To enter, the club must complete the Google Drive document.

Clubs are to download the entry form, completed the downloaded form, and e-mail it to Mind Sports South Africa.

Medals shall be handed over to winners at the next MSSA LAN that they attend. The first round will start at 10: 00. Players shall be given 60 minutes to complete each round.

The championship shall be used for the awarding of medals for 1st, 2nd and 3rd places in Premier, Under 24, and School categories;

The championship shall be used for the ability to qualify for National Team Squad.