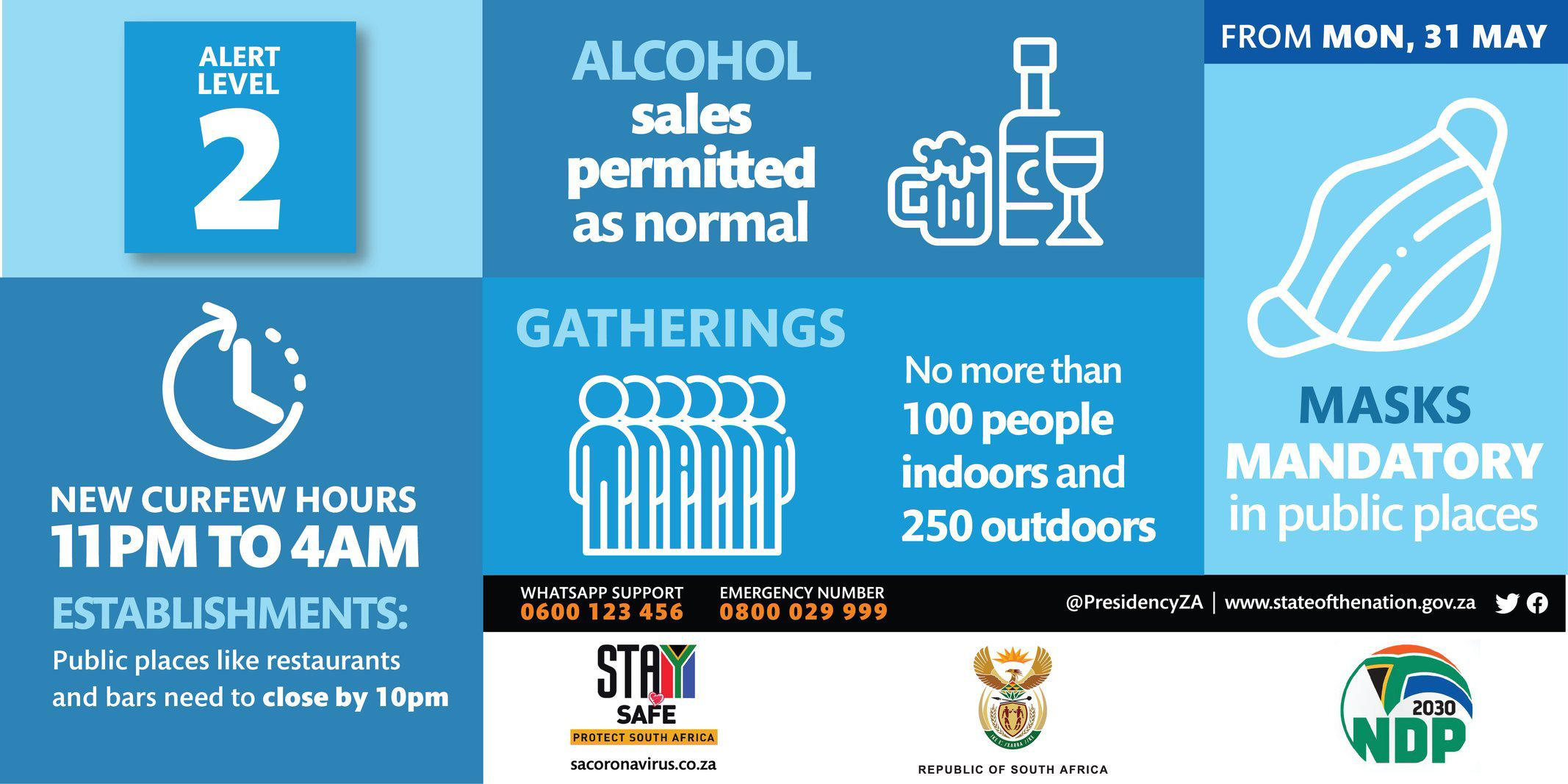 Klerksdorp Midweek, Klerksdorp - President Cyril Ramaphosa has relaxed South Africa’s lockdown regulations as the country sees a decline in its third wave of Covid-19 cases. There are several activities that South Africans are still expressly prohibited from doing.

What is still prohibited? Night vigils, after-funeral and cremation gatherings, including after tears gatherings, night clubs. The country’s land borders remain closed - except for specific border posts, passenger ships for international leisure purposes - excluding small crafts and attendance of any sporting events by spectators.
In addition to the above prohibitions, South Africans are still limited in many areas.

The president announced the following restrictions:
- The hours of curfew will now run from 23:00 - 04:00. Non-essential establishments such as bars and gyms will need to close at 22:00 to give staff to get home.

- Funerals remain restricted to no more than 50 people, and, as before, night vigils, after-funeral gatherings and ‘after-tears’ gatherings are not allowed.

- The following businesses and venues must close by 22:00 to allow staff and patrons to get home before the start of the curfew: cinemas, theatres, casinos, museums, galleries and archives, public swimming pools, beaches and public parks, game parks, botanical gardens, aquariums and zoos, gyms and fitness centres, restaurants, bars, shebeens and taverns

- Religious, social, political, and cultural gatherings are restricted to 250 people indoors and 500 people outdoors. Funerals are permitted but are limited to a maximum of 50 attendees, depending on the capacity of the venue, and a maximum duration of two hours. Initiation practices are permitted, subject to relevant risk-adjusted protocols. Post-initiation celebrations are permitted, with guests limited to 100 people for indoor venues and 250 people for outdoor venues.

- If a venue can’t accommodate the number of people mentioned above while maintaining social distancing of at least 1.5 metres, it is restricted to 50% of its total capacity.