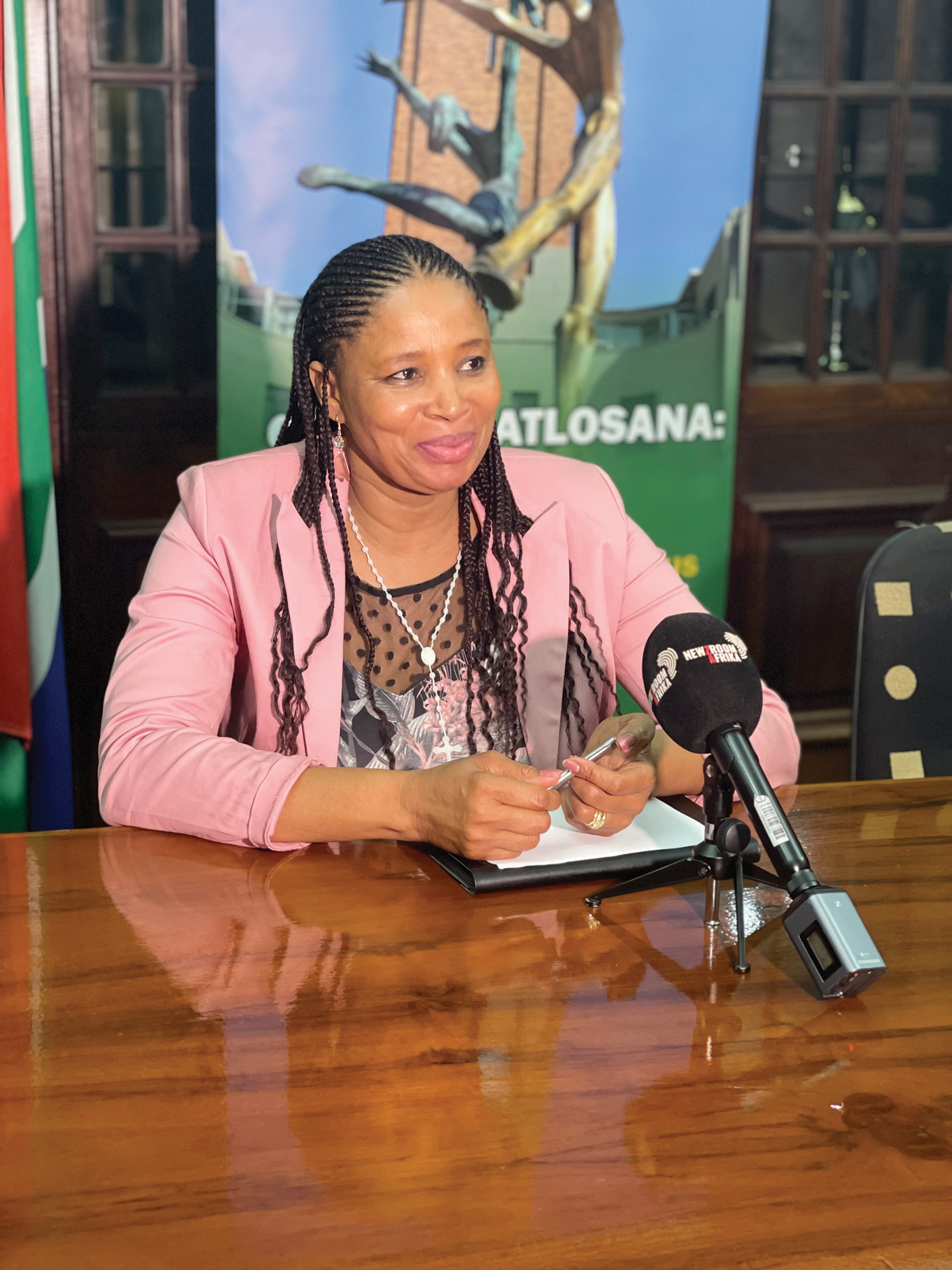 She was sworn in on Wednesday September 29 in the Matlosana Council as a councillor before she was elected as the new mayor.

Her role as the Executive Mayor is to provide political leadership and to drive the transformation and service delivery programme of the municipality, by providing the vision and strategy to realize this programme in an effective and efficient manner and for the municipality to meet its constitutional mandate and obligation.

In her inauguration speech, Cllr Thabanchu said she promised to do her best to serve the municipality. She also committed herself to strengthen relations with the business community. “’I accept this role to deliver service to the community to the best of my ability,’’ she said.

She added that the municipality must address environment concerns, job creation for the youth, and deal with all sorts of corruption. She also said they must focus on transparency, drive transformation and service delivery for the people of Matlosana

“The people of Matlosana expect a lot of us and we dare not fail them,’’ she said under loud applause.
“The City continues to honour the late Cllr Maetu Kgaile for having served the people of Matlosana with dedication until she passed on. The City therefore welcomes and congratulates Cllr Thabanchu and wish her well on her new responsibility. Her role has officially begun to drive the quest to eradicate poverty, unemployment and inequality,’’ a statement by the Matlosana Municipality reads.