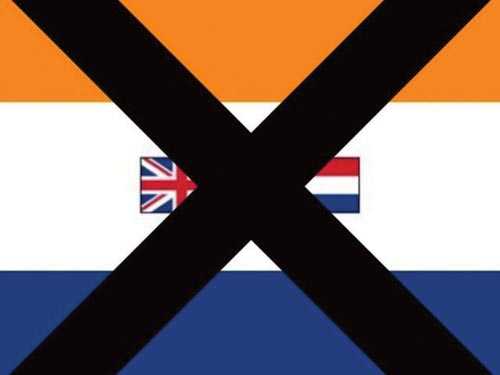 BONUS - RUSTENBURG - Last week the Equality Court made a ruling to officcially declare the gratuitous display of the old South African flag as hate speech, harassment and unfair discrimination. The flag, however, can still be used for artwork, academic research and journalistic purposes.

The court sat in the Gauteng High court in Johannesburg and made the ruling on Wednesday (21 August). The Nelson Mandela Foundation and Human Rights Commission took the case to court, asking that the gratuitous display of the flag be stopped. Handing down judgment on Wednesday, Judge Phineas Mojapelo said the display of the old flag gratuitously demeans and dehumanises on the basis of race.
He added that it impairs dignity. Mojapelo said the order is not a banning order against the old flag. In their application, the foundation argued that the display of the flag was a symbol of white supremacy, which was degrading and dehumanising to black people. In a final submission before the court in April, the foundation's legal representative, advocate Tembeka Ngcukaitobi, said there were limits to freedom of speech, which should also apply to the display of the apartheid flag. But lobby group Afriforum argued otherwise, saying although it condemned the use of the old flag, it should not be declared hate speech. Judge Mojapelo said that Afriforum's defence of freedom of speech is illogical and is therefore dismissed. If you have an old SA flag up in your home and think you'll be allowed to keep it, you are wrong. The display of the flag, even in private spaces, also constituted hate speech, the Equality Court said on Wednesday. Mojapelo said despite years of apartheid rule, the lives of various races in SA had never been compartmentalised. He said there was, therefore, hardly any space which was private to one race to the exclusion of the other, especially in modern-day SA. “Thus, displaying the old flag in private spaces like homes and schools is equally unacceptably offensive and hurtful, as black people are invariably employed and exposed in other ways to such spaces,” Mojapelo said. The display of the flag became a matter of concern for the foundation after it was displayed during a "Black Monday" protest organised by Afriforum in October 2017. The lobby group was protesting against the scourge of farm murders in South Africa.