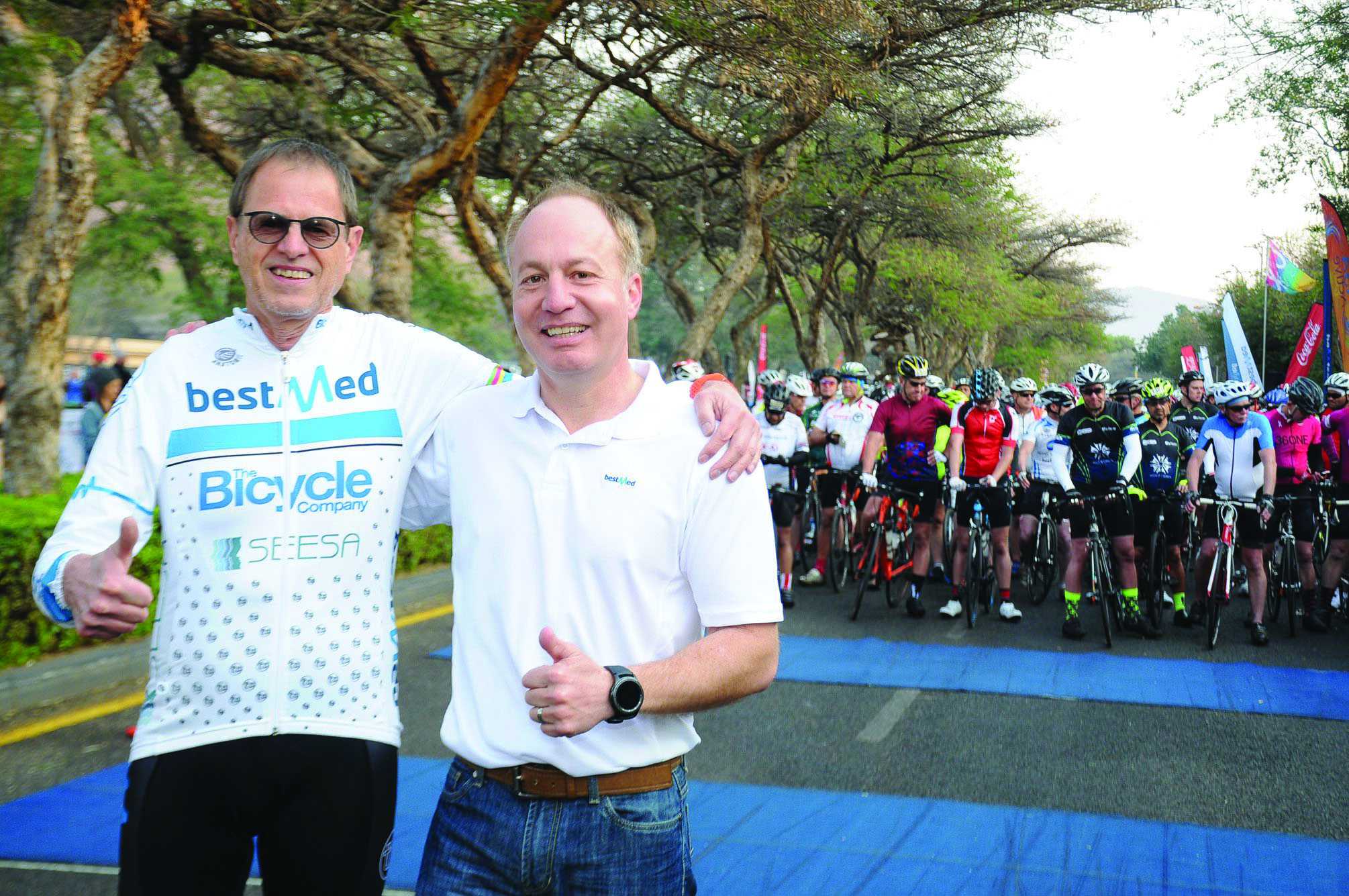 BONUS RUSTENBURG - RUSTENBURG HERALD - RUSTENBURG - Wicus Kotze, an executive at Bestmed Medical Scheme, passed away on Sunday night after an accident at last Sunday’s Bestmed Cycle4CANSA road race when a group of cyclists were struck from behind by a minibus.
Kotze received immediate medical care on the scene and was taken to hospital where he underwent emergency surgery to try and stop his brain from haemorrhaging.

He has been in intensive care at the Netcare Ferncrest Hospital in Rustenburg since. Tests were done over the past three days which showed no signs of brain function. This led to the decision to take him off life support.
Five cyclists were transported to hospital following the accident and three were discharged the same day. Lourens Janse van Rensburg from Welkom suffered a fractured vertebra and underwent back surgery earlier this week. The surgery was a success, his condition is stable, and his prognoses is good. The driver of the bus was arrested at the scene and now faces charges of reckless driving and manslaughter. “Our thoughts and prayers are Wicus’ wife, Marietjie, and the Kotze family during this very difficult time,” said race organiser Mauritz Meyer. “Wicus was a formidable figure and part of the Cycle4CANSA family. He was a good friend and knew many of the race personnel intimately. “He left an incredible legacy with the event. It’s very tragic that he passed away doing what he loved in a charity event which was close to his heart. We mourn his death and miss him terribly.” Madelein Barkhuizen, marketing executive at Bestmed Medical Scheme, said Wicus turned 60 in June this year and has been in Bestmed’s employment since 1 June 1999. “He has been a constant in the Bestmed family and a good friend to many. He also knew many of Bestmed’s stakeholders well and will be sorely missed. Our thoughts and prayers are with his family, friends and colleagues.” Wicus is survived by his wife, Marietjie,
two children and one grandchild