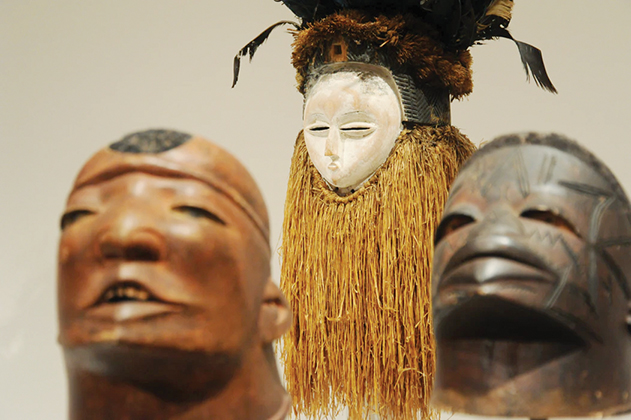 Most of the complainants are women who are being preyed upon by these con-artists to give them the money “because their ancestors instructed it’’. Sgt Amogelang Malwetse, police spokesperson, said detectives managed to trace two of these so-called traditional healers who conned the unsuspecting women from their hard earned cash. They are now behind bars.

In one case, a woman (53) was defrauded out of R4 million. “She was convinced by the voices of her ancestors telling her that she must give him the money. He even ordered her to resign from her job because he said she is not safe at her workplace and claim her pension. He took the pension as well.

“She became suspicious when the suspect wanted to sleep with her and demanded more money. She reported the matter to her brother who informed the police. The victim led us to a house in Irvine Street, La Hoff where he met her and he was arrested,’’ Sgt Malwetse said.

In another case, a 48-year-old woman contacted the so-called prophet Khalima after she saw an advertisement in a newspaper where he promised to solve problems. They met at the same house in Irvine Street. There she was told she must sell her house as there is a tokoloshe causing her problems.

“The prophet told her that her ancestors put R11 m in her bank account and she said she saw a SMS notifying her of the money. He then wanted to sell her the house in Irvine Street for R200 000. She gave him R250 000 which he put inside bank bags and gave to her to go home with. She was sure the money was inside, but four days later when she opened it she only found a stack of papers.’’

Prophet Khalima is still on the run.

Another woman (40) also resigned from her job, to claim her pension after her “healer’’ whom she ended up in a relationship with, convinced her to do so. In this case he was working with a female known to her as Mama Nina. But instead of getting her riches, these two got her involved in doing weird traditional ceremonies with swords she had to buy.

“She eventually reported everything to the police and her 33-year-old lover were arrested last week,’’ Sgt Malwetse said.

Billy Kaganzi Tumusiime (42) and Ronnie Ssebuliba (33) both appeared in the Magistrate’s Court on charges of fraud. The cases are not linked.

These fraudsters use fake ads

Klerksdorp Record, Klerksdorp - Bogus doctors, prophets and mamas who promise to help you with financial problems, are usually con artists.

Sgt Amogelang Malwetse said to be aware of the following:

There is no one who can multiply a hard-earned long service pension in 7 days. It is all a scam and deception to rob victims.

Though everybody is at liberty to date whoever they like, women are discouraged from having relationships with strangers. Also, do not divulge work and financial details to them.

Do not listen to any doctor turned boyfriend who encourages you to resign from your employer and claim your pension and bring it to them for multiplication.

Do not make any decisions regarding your finances in secret without involving family members as all the victims of these crimes were told not to inform anyone about multiplication of their money as they will upset the ancestors.

All the victims have been stripped of all their money, property such as vehicles, houses and even electrical appliances and are left with nothing. They no longer have jobs, homes nor money anymore. As if that was not enough, they also owe banks and loan sharks lots of money which were demanded to finalise the dodgy processes in vain.

These criminals are cruel and heartless.

If you have fallen victim to such a scam, contact D/Sgt Keobiditse Thupe on 018 464 5069 or visit office 116, Klerksdorp police station.