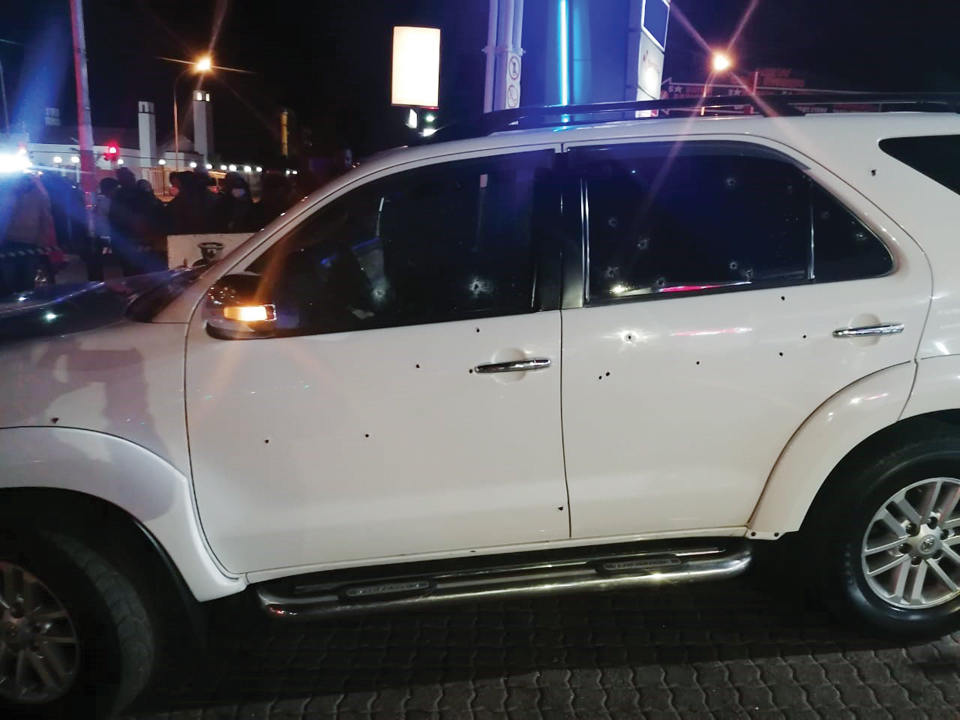 Klerksdorp Record, Orkney - The police in Orkney are investigating three counts of murder and six of attempted murder following an incident where three people were shot and killed and six others sustained serious injuries.

On Monday June 7 at about 19:00 all hell broke loose when assassins opened fire on a white Toyota Fortuner on the forecourt of the Engen garage at the corner of Shakespeare and Flecker Road in Orkney.

According to Capt Sam Tselenyane, police spokesperson, a White Ford Ranger with about three occupants entered the garage and stopped next to the Toyota Fortuner with four occupants inside. “The suspects opened fire on the Fortuner and shot at people randomly. Three of the occupants in the Fortuner were killed. The fourth victim managed to flee. The shooters then opened fire at random which resulted in five bystanders being wounded. All the injured were subsequently transported to a local hospital,’’ he said.

Klerksdorp Record was told that one of the shooters was hidden under a blanket in the back of the Ford Ranger from where shots were fired with an attack weapon. The occupants inside the Ranger also opened fire on the sitting target. More than 28 bullet holes were counted on the one side of the Fortuner. Bullet casings belonging to AK47 as well as 9mm were found on the scene.

W/o Elize Kruger said the crime scene was huge with some bullet casings found more than 400 metres away close to the Total Filling station in Flecker Road. It seems that the gunmen randomly opened fire on another vehicle as well as a marked company vehicle belonging to Phakamisa Mining. The driver of this vehicle was wounded in the stomach and received medical attention on the scene before being transported to hospital.

Tselenyane said the motive for the attack is currently unknown and preliminary investigation revealed that the deceased were members of long distance taxi association operating between North West and Eastern Cape Provinces. No one has been arrested as yet and investigation into the matter continues, he said.

The Acting Provincial Commissioner of North West, Major General Dintletse Molefe condemned the incident in the strongest possible terms. She instructed the District Commissioner to invoke the 72-hour action plan in order to trace and apprehend the perpetrators of this heinous crime.

A task team was sent to the scene to trace the suspects.

Police urge anyone who may have information that can lead to the arrest of the suspects to contact the Investigating Officer, Detective Sergeant Paul Ompie of the Provincial Organised Crime Unit on 076 529 5025.
Alternatively, Crime Stop can be contacted on 08600 10111 and anonymous tip-offs can also be communicated via MYSAPS Application. All information received will be treated with confidentiality and informers may opt to remain anonymous.