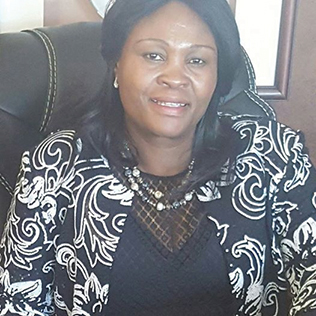 Klerksdorp Record, Klerksdorp - Matlosana Executive Mayor Maetu Kgaile will be laid to rest this week. She died on Friday July 16 from complications after she was infected with Covid-19. She was admitted to Tshepong Hospital the week before. Cllr Kgaile (56) was Matlosana’s first female mayor and the only Mayor in recent history, to die while in office.

Her tenure as mayor was not without controversy and the rift between the Mayor and the Speaker was cause for much tension in council. But for now, she is remembered as a selfless and warm hearted leader.

Her husband, Mosieleng mourns his wife with their two sons, Kagisho (27) and Tebogo (23) at their home in La Hoff. In a tribute to his wife, he said: “The super queen in the Kgaile home is no more. Her spirit and uncompromising love will forever live in our hearts,” he said.

Cllr Kgaile was elected Executive Mayor of the City of Matlosana in August 2016 following the sixth local government elections. Prior to that she served as Mayoral Committee Member (MMC) responsible for Local Economic Development.

She was born in Viljoenskroon in the Free State and after completing school at Tshedimosetso Secondary School in 1988 she studied to become a teacher. She became actively involved in the ANC and ANC Women’s League in 1997. She served many structures as SADTU site steward and secretary, ANC Adelaide Tambo secretary, Dr Kenneth Kaunda ANC treasurer, Member of Women’s League PEC service in Provincial Working Committee.

The news of her passing was greeted with shock by North West Premier, Prof Job Mokgoro who paid his respects to her family at home during a visit this week. Condolences were received from all over.

In their message of condolences, the DA’s caucus in Matlosana Council said the late Mayor should be praised for her unselfish service to the City of Matlosana. “The DA can confirm with respect that she dealt with our criticism with high esteem and professionalism. Our political differences and engagements in council are an active part of our work, but our shared humanity must at all times trump all differences.’’

A funeral service for Cllr Kgaile will be held on Thursday 22 July. Cllr Farouk Tagaree will continue to serve as Acting Mayor.