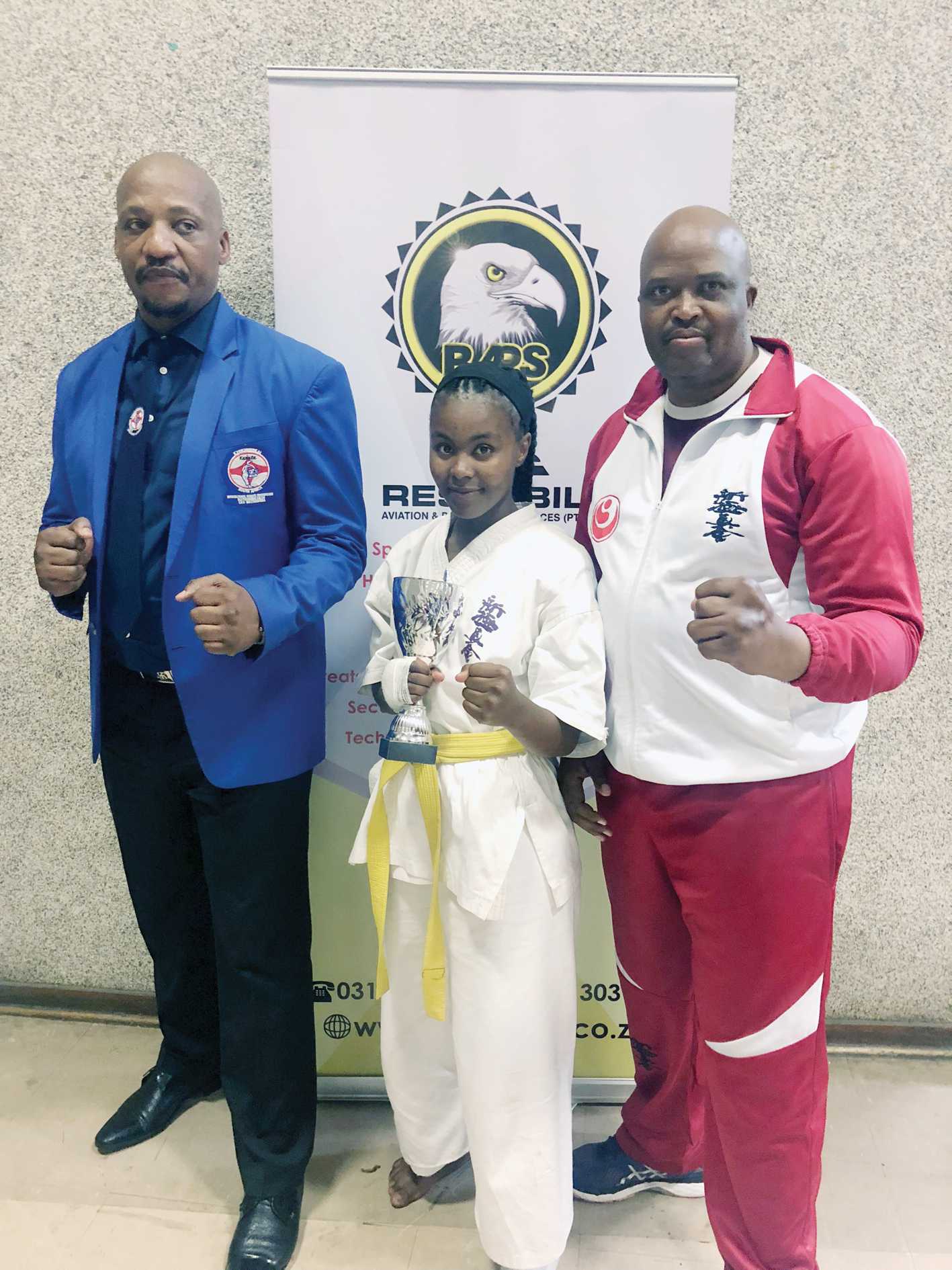 The Matlosana Shinkyokushinkai Karate team was invited and register-ed a team of 16 for the tough event.

“For the first time in 6 years, we managed to get a placing for the ladies u55 kg, by Kamogelo Rankoe who obtained third place. All other team members tried hard but could not proceed any further because of the tough and better prepared opposition they faced,” Sensei Thomas Mayekani said.

Shihan Mazibuko the leader of IKO Matsushima SA was the host of the tournament.

“In March this year he led a strong entourage which attended the 8th Matlosana Cup that was held at the Banquet Hall where 90% of the se-nior trophies were won by his strong team.

On Monday 19 August, Mzuvelile ‘Velly’ Mshweshwe and Sensei Ma-yekani will be jetting off to Fukuoka, where Velly will be taking part in the 33rd All Kyushu Championships on Sunday 25 August.