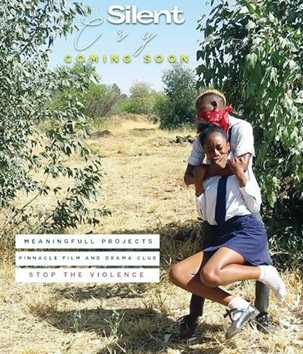 Klerksdorp Midweek, Stilfontein - A short film produced by the learners of Pinnacle Primary and Secondary boarding school is finished and it is an eye-opener.

According to the drama teacher, Collin Chiremba, Silent Cry was shot in November and shown at three churches. It is available on the school’s Facebook page from Sunday 1 December.

“I started a Film and Drama Club at our school where students can express their talent and tell stories that mean something to them.

Our first project is a short film called “Silent Cry”.

This story was written and performed by the students. I chipped in with helping them with the Cinematography and Editing of the project. The story addresses issues of bullying and gender based violence at school level,” he said.

The film is 10 minutes long and it can be viewed in support of the 16 days of Activism against women and children abuse.

Chiremba studied for a Diploma in Film and Television with Feline and he worked for Spirit Word Channel in Stilfontein for 6 years.