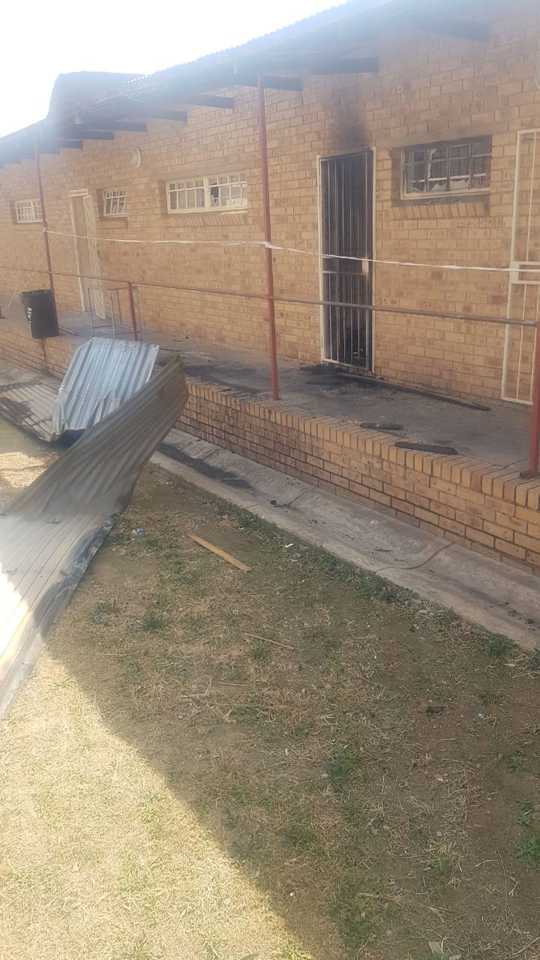 Klerksdorp Record, Klerksdorp - The deputy principal of New Vision discovered her school in flames in the early hours 27 August.

According to Nomsa Tinta, deputy principal, she was contacted by the security company, rushed to the school and saw the flames.

‘A block of classes including 2 HOD offices burnt down. Files, children’s books, new copiers, a store room with everything including sports equipment and all sporting code attire, machines, tools, projectors, toilet paper, and many other things burnt down,” she told Klerksdorp Midweek.

“The police were at the school to investigate. We do not know what caused the fire. We are really sad,” she said.

The burnt building was cordoned off.

The school launched a fundraising project for SGB teachers who did not get paid as parents are not paying school fees.

Tickets can be bought at the school.