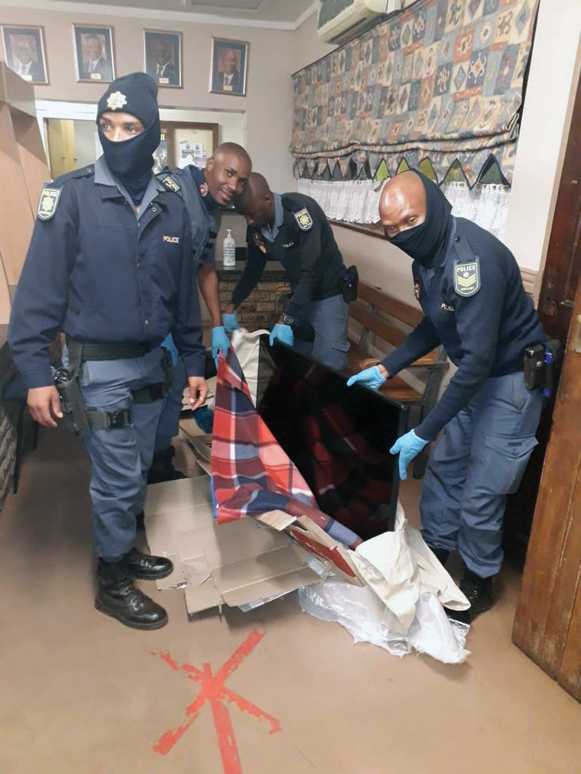 Samuel Meza (32) was arrested on Wednesday 9 September for possession of suspected stolen goods. He was remanded in custody and is expected to appear again in Orkney Magistrates’ Court on Wednesday 16 September.

According to Sgt Amogelang Mabihi, police spokesperson, members of the Public Order Policing sub-unit in Stilfontein were busy with routine patrols in Orkney when they received a tip-off about stolen loot being transported to Mozambique.

“Following up on information, 12 flat screen televisions were recovered in the garage of a house in Boerneef Street. The televisions were covered in blankets and sealed in boxes and clingwrap. The suspect could not provide any ownership documents nor account for possession thereof,’’ she said.

Preliminary investigation revealed that the goods were to be transported to Mozambique the same night. The estimated value of the loot is R100 000.

The North West Provincial Commissioner, Lt Genl Sello Kwena, acknowledged the members for their rapid response. He also thanked members of the community for providing a valuable information which resulted in the arrest and at the same time, urged the public to continue to work with the police in the fight against crime in the province.