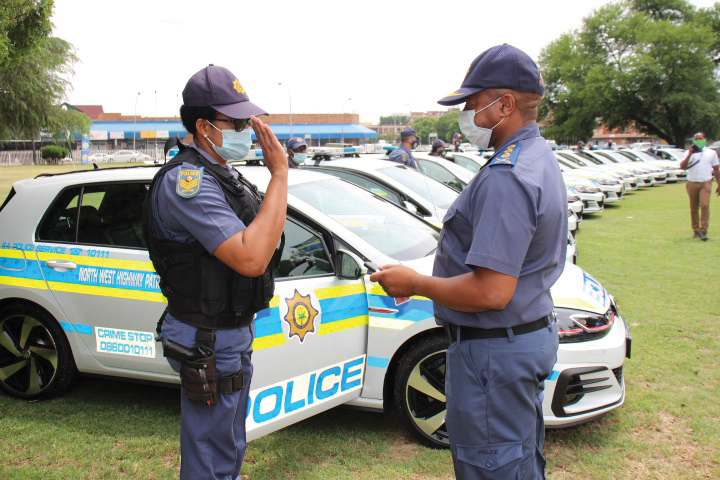 Klerksdorp Midweek, Potchefstroom - It is the responsibility of the police to ensure that lockdown regulations are complied with, said Lt Genl Sello Kwena, the North West Provincial Commissioner, at the launch of Operation Tight Grip last week.

On Tuesday 3 November, SAPS in the province launched the Safer Festive Season Operations in Potchefstroom. During his address, Lt Genl Kwena said that police are ready for the festive season operations under the theme “Tight Grip” and the mission “Wellbeing and safety of all South African Citizens”.

The Safer Festive Season operations, which will end on 31 January 2021, are characterised by a number of activities in the public space that directly or indirectly have an influence on the safety and security in the country.

“While crimes such as assault, murder, rape and robberies, including residential robberies, continue to create a feeling of fear and insecurity, they also compromise the safety and security of women, children and other vulnerable groups. These crimes are not only a threat, but also limit the wellbeing of our communities and this in itself, clearly necessitates action from a policing point of view.”

Sello reminded that the lockdown, level one, regulations under the Disaster Management Act, have not been amended and that all liquor outlets should be closed at 00:00 (midnight).