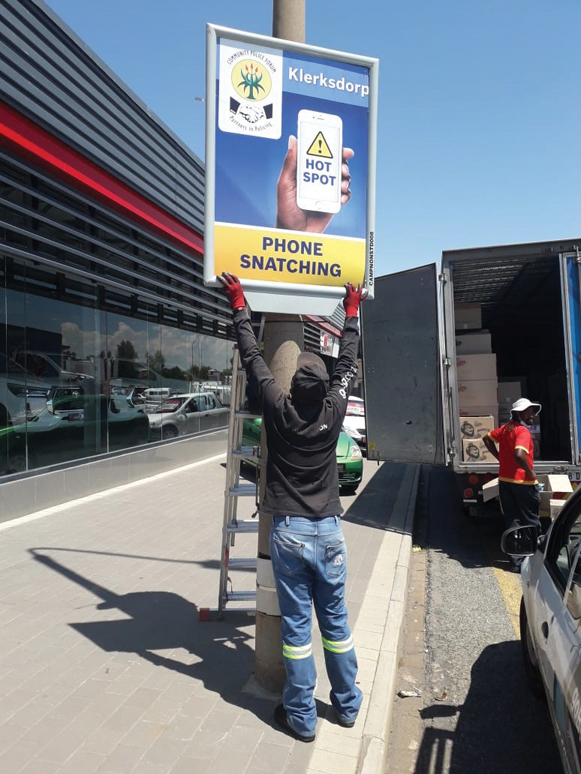 Petty theft, theft out of motor vehicles, common robbery, robberies at ATMs and businesses are common daily occurrences in the Klerksdorp CBD.

With the cooperation of the Klerksdorp SAPS, Office of the MEC for Transport management and Community Safety and CSS several posters displaying crime awareness messages at various crime hotspots across the CBD were erected last week.

According to Sgt Amogelang Malwese, police spokesperson, citizens must be more aware when walking and shopping in the CBD.