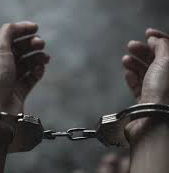 Klerksdorp Midweek, Klerksdorp - 1770 Suspects were arrested for various offences during the two week period from 26 February to 12 March in NW.

These arrests included amongst others 15 for murder, 24 for rape, 244 for assault with the intent to do grievous bodily harm, 95 for common assault, 35 for robbery, 62 for malicious damage to property, 4 for arson, 207 for drug related crimes, 345 for liquor related crimes, 8 for illegal possession of firearm, 34 for being in possession of suspected stolen property, 67 for shop lifting, 59 for theft and 47 for burglaries.

The successes were achieved during operations and day to day activities throughout the province. The activities included roadblocks, patrols, stop and searches and tracing of wanted suspects by various units and police stations within the North West.

A total of 666 fines were issued including 212 J534-fines for liquor related offences and 49 Traffic fines for contravention of the Road Traffic Act. 3 175 litres of liquor and alcohol concoctions were seized,” said Col Adele Myburgh, police spokesperson.