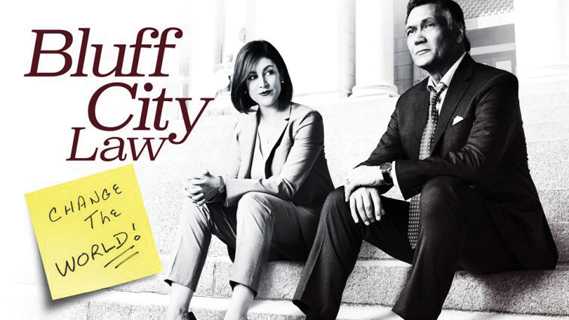 M-Net’s new legal series Bluff City Law is brand new. It kicked off in the US in the last week of September and will start on the pay channel on 28 October. Tune in at 21:00.

Set in Memphis, Tennessee, the series follows the lawyers of an elite firm that specializes in the most controversial landmark civil rights cases, led by legendary lawyer Elijah Strait (played by Jimmy Smits) and his brilliant daughter, Sydney. This is Smits’ third role portraying a lawyer, the previous programs being LA Law and Outlaw.

Strait is regarded as one of the most accomplished litigators of his generation, while his daughter is a former corporate attorney. She returns to her father’s firm despite lingering tensions stemming from her departure three years earlier.

In the first episode Sydney Strait is asked by her father to rejoin his firm three years after she walked away from it. Sydney initially refuses owing to the bad blood between them, but later agrees and takes a lead role in the firm’s latest case as part of a class-action lawsuit against chemical giant Amerifarm for covering up evidence that one of their products, Greencoat, caused cancer.

However, after getting cited for contempt when she loses control of her temper in court, Sydney admits that she doesn’t feel she can handle the pressure of losing the case. Elijah talks to her, and the two reconcile.